CUCAS News > Admission Express > International Students Studying in China: We Must Not Stand Idly by in the Fight Against the "Epidemic"

International Students Studying in China: We Must Not Stand Idly by in the Fight Against the "Epidemic"

Summary: Since the outbreak of pneumonia caused by the new coronavirus in China, universities have actively responded and devoted themselves to prevention and control activities. International students in China have also expressed their confid... 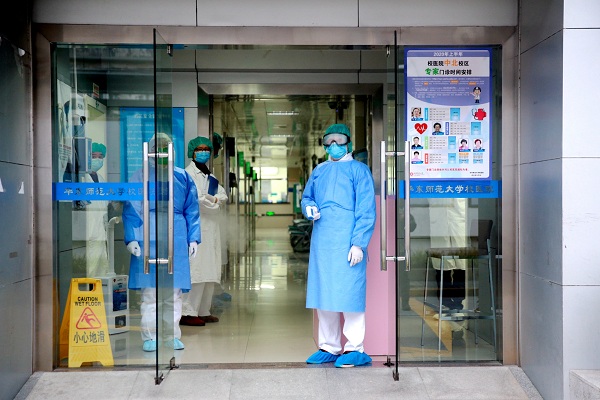 As one of the universities with the highest degree of internationalization in China, East China Normal University recruits more than 6,000 students each year. Since the outbreak of the new coronavirus-infected pneumonia, 424 foreign students at the school have chosen to stay in Shanghai, of which 184 are students living on campus. These international students are always concerned about the changes in the epidemic situation. They actively cooperate with the school and the Shanghai Municipal Government's epidemic prevention and control measures, donate money and materials to the people in the epidemic area, and encourage and bless the Chinese people on social media, and contribute their own power to the epidemic prevention and control.

After learning of the outbreak in Hubei, all international students of the East China Normal University Institute of International Relations and Regional Development issued a donation initiative and commissioned the East China Normal University Foundation to collectively donate RMB 5,000 to the People's Hospital of Wuhan University to support epidemic prevention and control . Sasha from Russia said: "China has more than 5,000 years of history and is one of the oldest countries in the world. China has overcome numerous hardships and hardships. This epidemic is just a new suffering. It will make China To make Wuhan and all Chinese people stronger and more united. We believe in China and Wuhan, and we will surely win this 'virus' battle and win!” 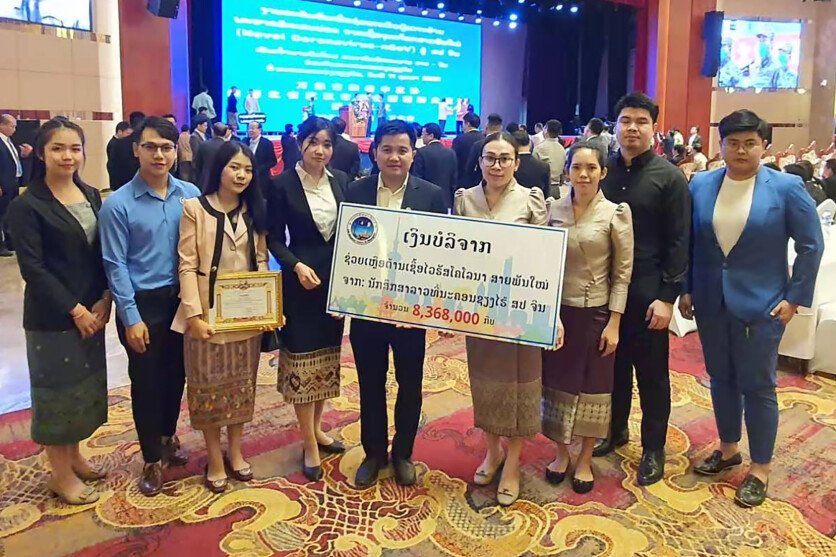 Shortly after the outbreak in Wuhan, Xu Shuangan, the president of the Lao International Students Association in Shanghai and an overseas student at East China Normal University, organized all Lao students in Shanghai to donate to the Hubei region, totaling 8368,000 kip (equivalent to nearly 7,000 yuan). At the same time, he also actively participated in the donation work of relevant institutions in Laos to China as a volunteer. At the fund-raising ceremony jointly organized by the Lao-China Friendship Association and the Vientiane Municipal Government on February 11, in support of China's fight against the new coronavirus pneumonia epidemic, Xu Shuangan served as the chief translator. His outstanding language skills were fully affirmed by both China and Laos. The guests who attended the donation ceremony on the day included the Deputy Prime Minister of Laos, Jiang Zaidong, Chinese Plenipotentiary in Laos, the Mayor of Vientiane, the Minister of Energy and the Chairman of the Old China Friendship Association.

East China Normal University alumni Nodirjon Boymirov from Uzbekistan is currently the head of the union at Uzbekistan Litai Textile International Co., Ltd. He has always been concerned about the development of the epidemic in China, and is concerned about his alma mater. At the same time, his Litai company donated 110,000 masks and 210 sets of protective clothing to neighboring Xinjiang.

Habibur Rahman from the International Chinese Cultural Institute of East China Normal University is from Bangladesh. When he learned that the school had a donation channel, he immediately initiated a donation by foreign students around him. Md. Abdullah Al Mahbub and Saifur Rahman, also from Bangladesh, responded positively. The three donated RMB 2,000 in the name of "East China Normal University Bangladesh Students". Habibur Rahman said: "This outbreak of the new coronavirus has threatened people's lives. No matter which country we come from, we must unite. At the moment, we cannot stand by and watch! We want to offer a little love to Wuhan and express to the Chinese people our support and friendliness. We firmly believe that China will soon win this war. We love China and China is our second home! "

Elizabeth Miller Holly, a graduate student in the Department of Political Science of East China Normal University, said: "Although life is different from before, I understand all the measures taken by the school. We will cooperate actively and take preventive measures, such as staying away from virus sources and maintaining good hygiene. No matter how difficult the situation is now, I believe that China and the Chinese people can overcome this virus, and my parents in the United States have confidence in China. "

Mitchell Hibbert, a language student from Canada, said: "China has taken very powerful measures to respond to this sudden epidemic. I think East China Normal University has handled the epidemic very well. The school has adopted very strict control measures on campus .Thank you very much for the school staff to protect our safety, especially those teachers who are still working during the Spring Festival. I love China, I believe in China, I believe she can overcome difficulties. Cheer up, Wuhan! Cheer up, China! Cheer up, East China Normal University! "

Since the outbreak, East China Normal University has taken various measures to ensure the safety of school teachers and students. In response to the situation of the international students of the school, the school's International Education Center has specially made brochures in various languages, updated the content of WeChat accounts daily, and informed the international students of the school, Shanghai and even the national measures to prevent and control the epidemic situation in a timely manner to practically solve their life and learning problems. In addition, the school's overseas publicity office also specially launches relevant news reports to help international students actively and correctly prevent and control the epidemic.