2018 Pujiang International Conference of the BHF-Chengdu Forum opened in Chengdu, Sichuan province, on Sept 18, 2018. This marked the first time the Beijing-Humboldt Forum (BHF) organized activities in China other than in Beijing since it was founded in 2013. 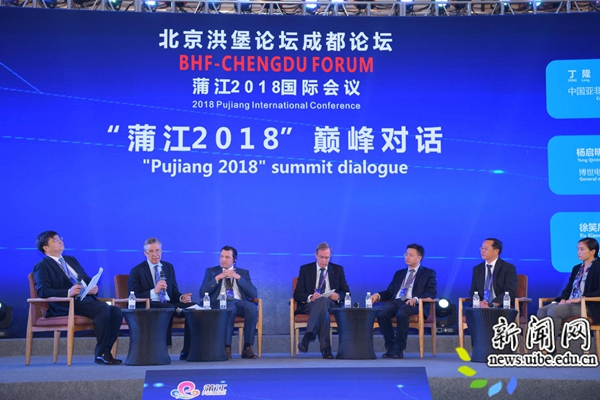 Co-hosted by the University of International Business and Economics (UIBE) and the Chengdu local government, the conference upheld the "green economy and cultural inheritance" banner of the BHF, attracting nearly 400 scholars, business people and officials from home and abroad to discussions on the green economy, vocational education and the development of international hub cities to help Chengdu attract more World Top 500 enterprises and become a leader in the opening-up of the western part of China. 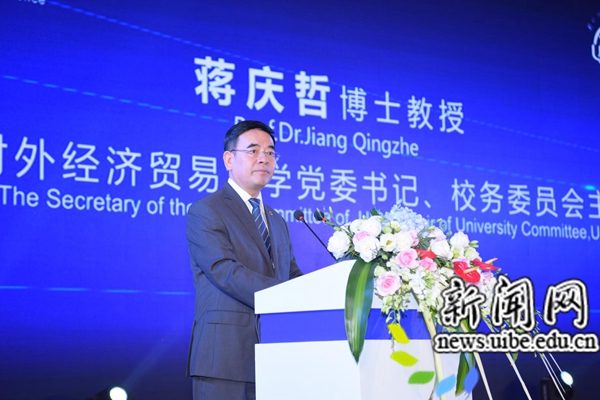 Jiang Qingzhe, Party chief of the UIBE, said "It is hoped the distinguished guests can start from the perspective of the green economy and have in-depth discussions on international trade, research into development of international portal hubs and the Belt and Road Initiative to provide intellectual support and services for Chengdu's opening-up and green-based social and economic development." 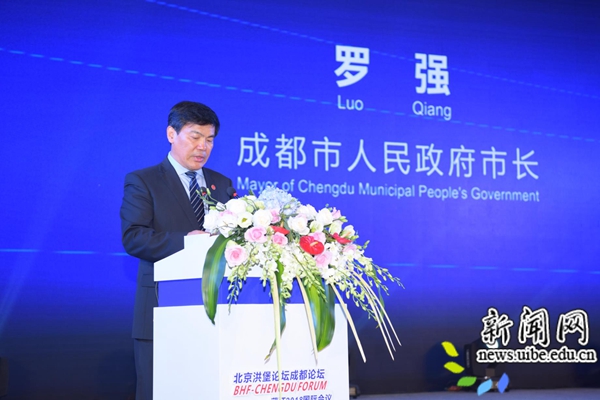 Chengdu Mayor Luo Qiang pledged that, "Chengdu will deepen strategic cooperation with European countries and cities in regard to technology innovation, industrial development and talent cultivation, and create a more open, inclusive and internationalized city environment."

UIBE has established a research institute in Chengdu, which became operational on the sidelines of the conference, marking the two sides' cooperation entering a new phase.