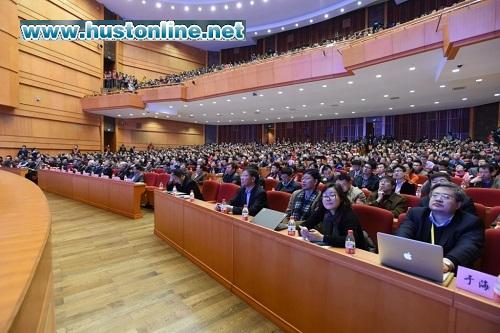 With the pace of economic globalization and the facilitation of Made in China 2025, China’s scientific and technological development of automation,informatization  and intelligentization has become a pusher of the progress in the new era. From 27th , to 29th of November , the 2015 Chinese Automation Conference, which had gain widespread attention, was held in Wuhan.

The conference, focusing on the theme” innovation drives development” has attracted thousands of home and abroad automation researchers and scholars, the scale hitting the record. The attendees included 10 academicians from CAE and CAS, nearly 180 other people including candidates for the Recruitment Program of Global Experts, Changjiang Scholars, winners of The National Science Fund for Distinguished Young Scholars and top scientists of the “973 Program” .