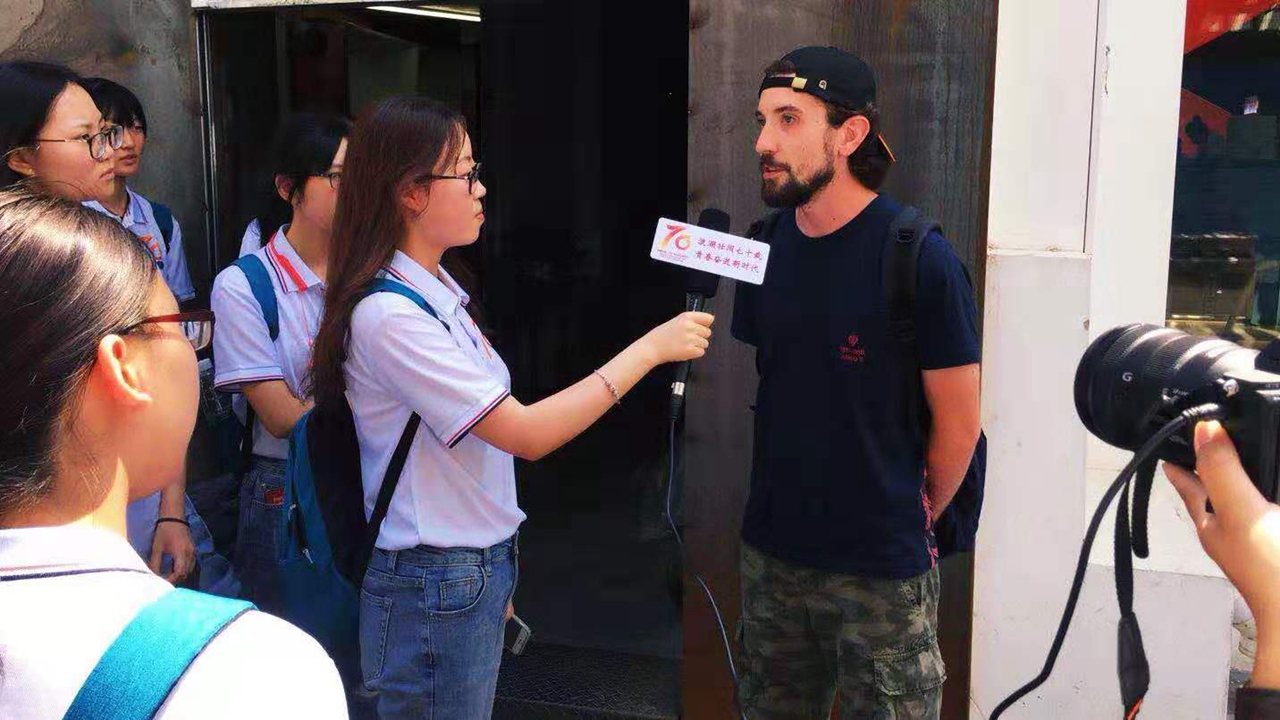 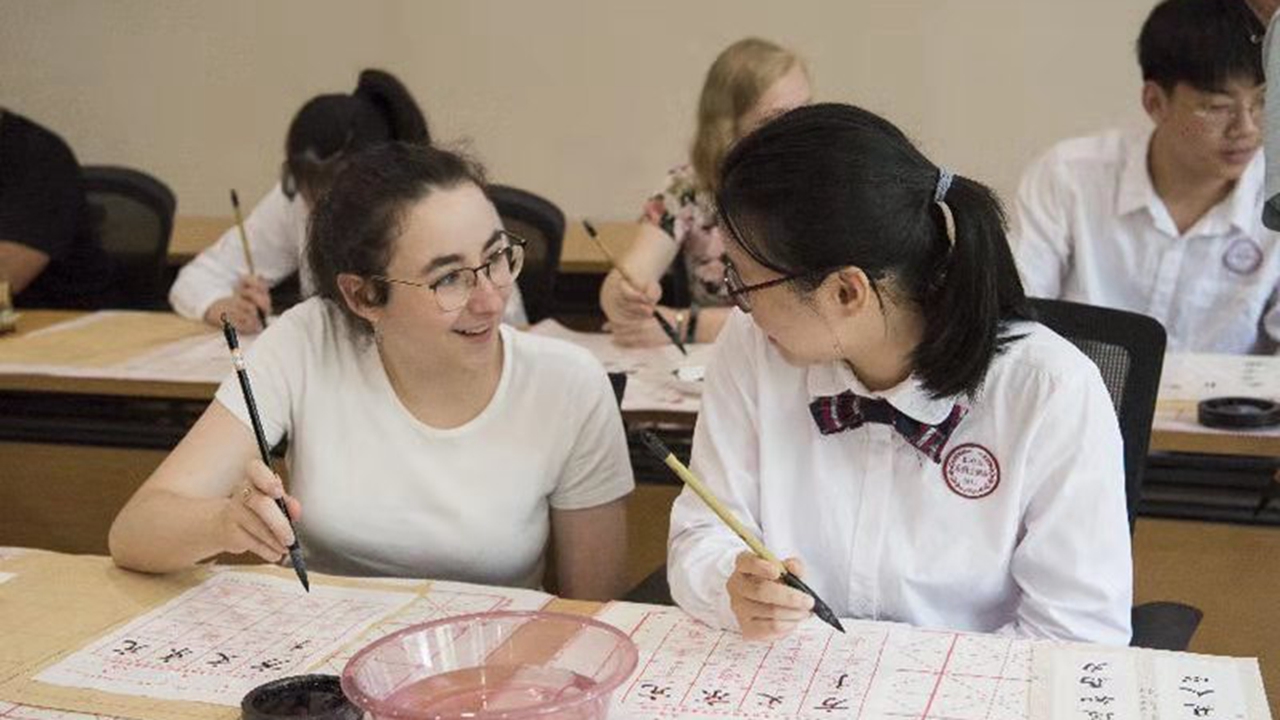 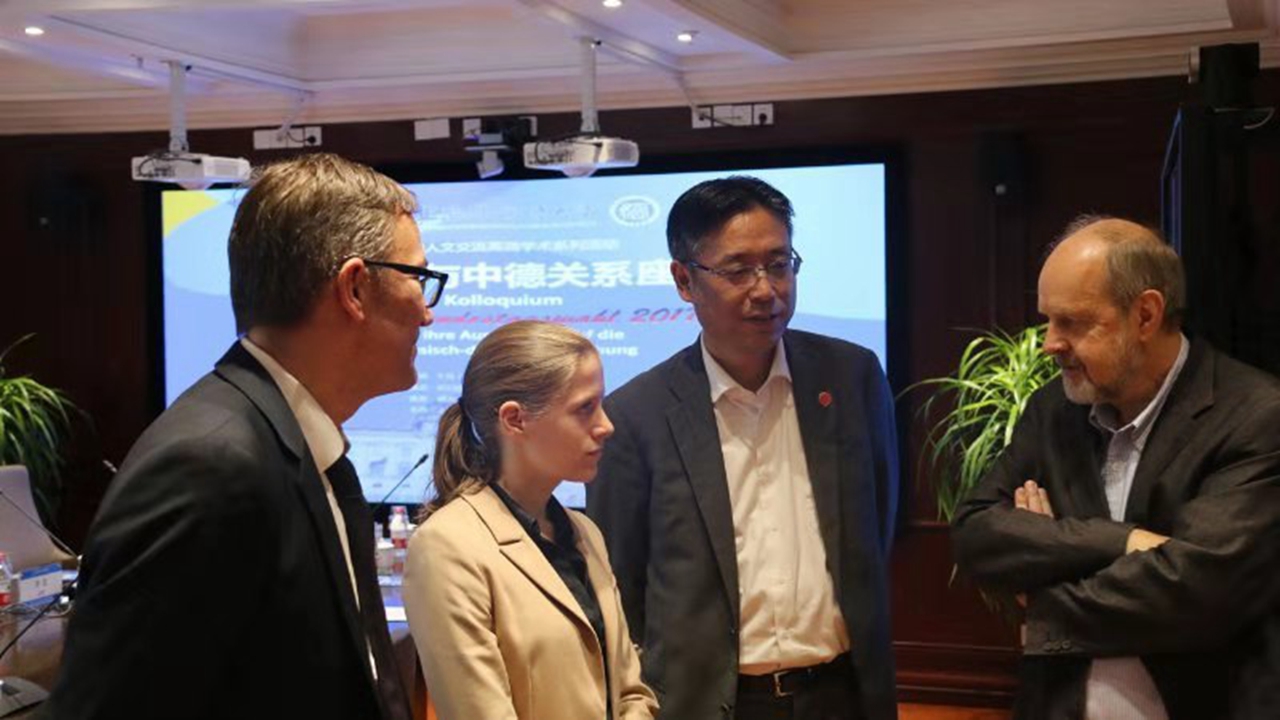 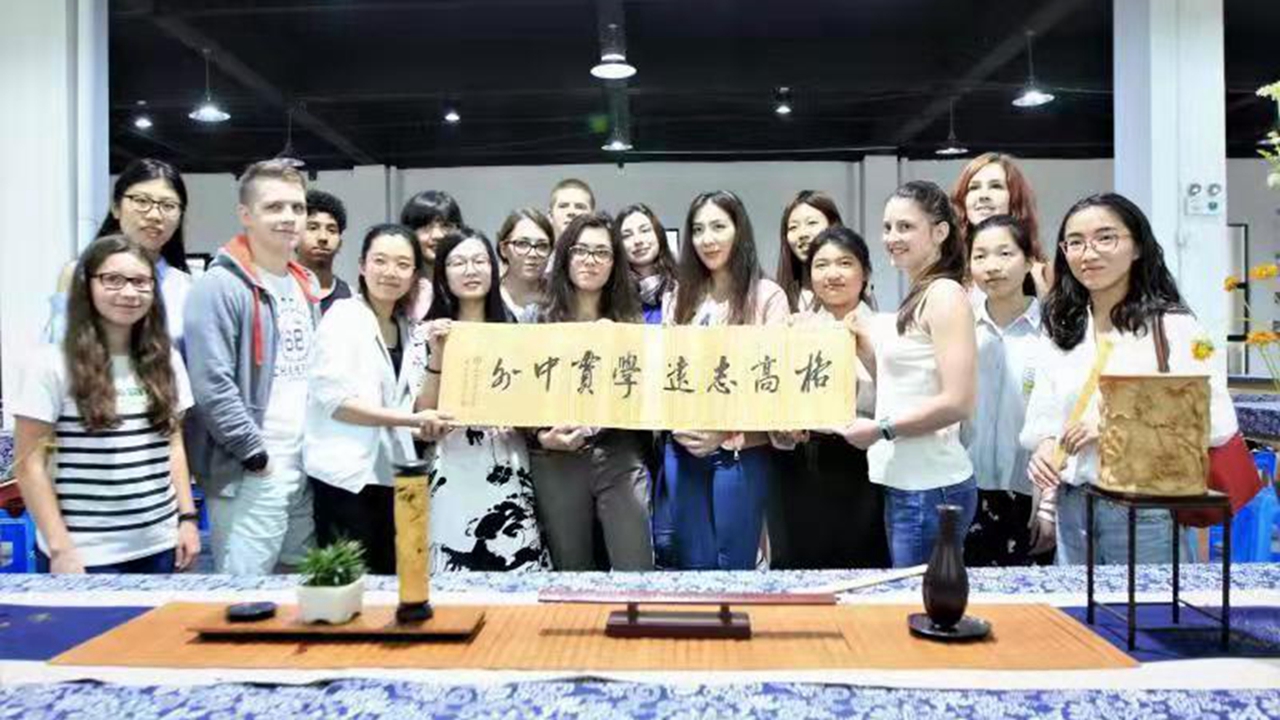 Moments of Encounter - Exchanges between University Students from China and Germany, a new book published by Shanghai Foreign Language Education Press, made its appearance at this year’s Shanghai Bookfair.

The book is a compilation of selected articles from the German website of Shanghai International Studies University (SISU). All of the articles were originally written in German either by Chinese students or by German students studying in China, and then translated or rewritten into Chinese.

The book Moments gives a new perspective into how to tell the stories of China. According to SISU University Council Chair Jiang Feng, no story is more moving than those that are “simple but real”, and a truly moving “story of China” should present the similarities between cultures and nations with details demonstrating how people can transcend cultural, ethnic and regional boundaries.

Professor Chen Hongyan from SISU’s Center for China-Germany Socio-cultural Exchanges says that the launch of SISU’s multilingual websites at the end of 2014 was an important action to implement the school’s “multilingual+” strategy to cultivate outstanding international talents under the guidance of Xi Jinping Thought on Socialism with Chinese Characteristics for a New Era. The websites allow students to apply what they have learned and tell their stories in different languages. So far, over 700 articles have been published on the German website, and nearly 90% of them were written by students, covering a wide range of topics, including campus life, experience of overseas study, thoughts on Chinese traditional culture, literary works and the trends of the new era.

This time, 70 articles from the German website are included in Moments.  These articles, which are about the cultural exchanges between university students from China and Germany, present to readers how these students managed to learn from each other through candid communication in spite of cultural differences. The book consists of six sections: “Encounters between the East and the West”, “Impressions of Shanghai”, “Glimpses of Cities”, “Social Responsibility”, “The Lost Time” and “Reviews of Poems”.

The first section, for example, focuses on the feelings of Chinese and German university students during their overseas visits. It shows that Chinese and German students can have both similar and different observations, thoughts and feelings, and that it is by understanding both perspectives that mutual trust can be built.

“On the macro level, writing is the tool of spreading human civilization. On the micro level, writing is an ability that can never be overemphasized. As to the students of an international studies university, multilingual writing, including writing in their own mother tongues, is one of the most basic and core skills that they have to master.” In Jiang Feng’s view, the mastery of language is of vital importance to the telling of “stories of China”, and writing training is not about getting the students to write in “big words”, but about enabling them to write their own hearts in a down-to-earth manner, part of which requires the students to engage in society, work with grass-root communities and know the realities of China.

In addition, Jiang Feng notes that the ability to speak and write cannot be measured by expressiveness only, because it is also about the ability to communicate and bridge the differences between languages and nations. Translating the words is far from enough. An effective communicator always reaches out on the basis of empathy and compassion. It is also in the process of writing a foreign language that students can better understand and engage in the “spiritual world” of the language that they are learning. The book is a yet another attempt by the university to promote student-centered learning and the spirit of fostering virtue through education.