On the afternoon of November 26th, the preparation meeting for 2014 competition for position of DUT was held in the second lecture hall of the Main Building, signifying the formally start of 2014 competition for position of DUT. President Guo Dongming attended the meeting and proposed several requirements. Other responsible people of related departments also attended the meeting.

During the meeting, Yao Shan, chief of personnel department, made an introduction on position requirements and recent personnel arrangements. 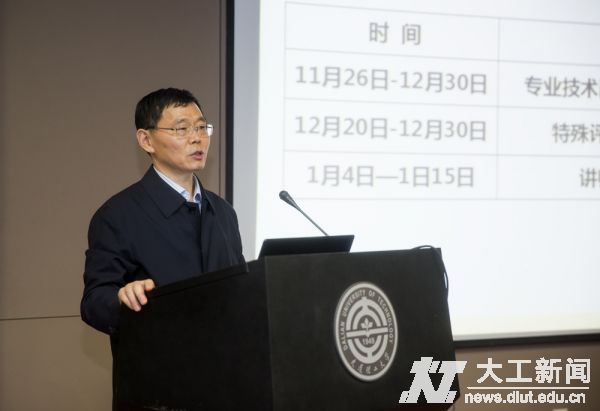 Guo Dongming pointed out that the competition for position was highly related to the faculty’s personal interest, development and growth. All departments should pay great attention to relevant works and be clear of the procedures.

Also, Guo required that the competition should be carried out under strict supervision, thus ensuring that outstanding staff could get the chance to be promoted.

Furthermore, he stressed that the positions must be allocated based on requirement rather than particular individual, only in which way could the healthy and rapid development of all departments be ganranteed. Under such instructions, the working mechanism will would be improved this year on the basis of individual performances. And all the appraisement and engagement works will be done recently.