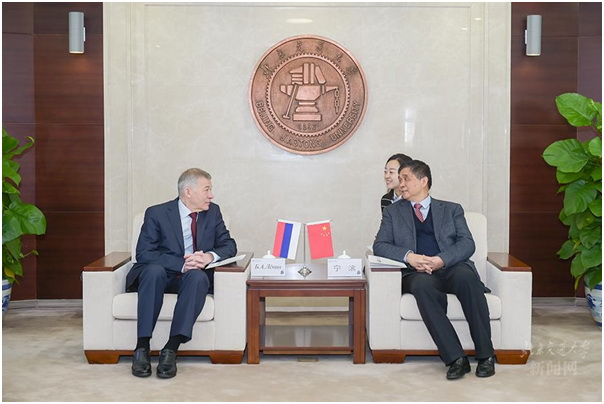 Firstly, NING Bin extended warm welcome to the delegation and reviewed the achievements BJTU has made in recent years in terms of scientific research, joint cultivation of students and active participation in the China-Russia People-to-People Exchanges Mechanism. He pointed out that both universities share many similarities in terms of history, talent cultivation and service for the development of rail transportation. He hoped that both sides would join hands to build the brand projects of transport universities for the connection between the“Belt and Road”Initiative and Eurasian Economic Union, on the basis of China-Russia High-speed Railway Research Center and Jeme Tien Yow Institute.

Boris A.Lievin expressed gratitude to BJTU for the hospitality and introduced the rich experience of both universities in terms of joint application for international research projects by experts, students exchange and youth communication. He hoped that both sides would further deepen practical research cooperation in the framework of China-Russia High-speed Railway Research Center and cultivate more professionals who has a good knowledge in both languages, culture and high-speed railway advanced technology, on the foundation of Jeme Tien Yow Institute. 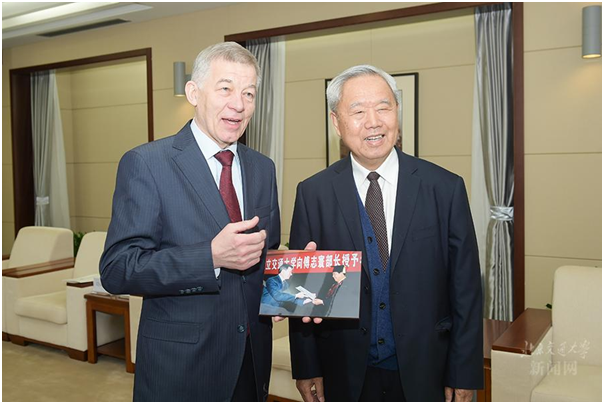 Before the meeting, the delegation also visited the National Engineering Research Center of Rail Transportation Operation and Control System and held talks with Academician Fu Zhihuan, outstanding graduate and emeritus professor from Russian University of Transport. They also exchanged views with the international students at BJTU and learned about the studies and life at school.

Vice President ZHANG Xingchen and principals from the Office of Scientific Research, Office of International Affairs and Center for International Education were also present at the meeting.