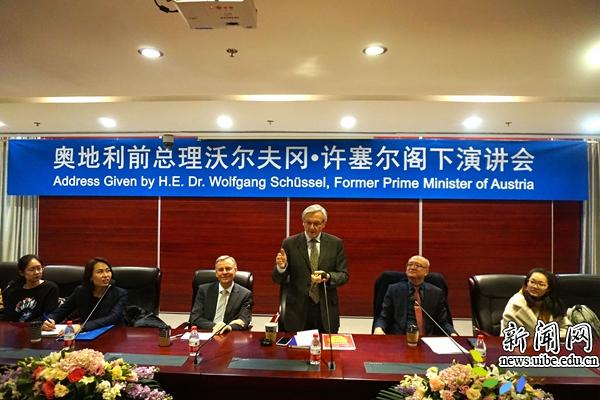 UIBE President Wang Jiaqiong met Dr. Wolfgang Schüssel and his delegation. Wang hoped that his school could take this opportunity to expand cooperation with high-end think tanks in Austria.

On his second visit to UIBE, the former Austrian Chancellor said he was impressed with its international school-running characteristics and expected more communications between the UIBE and Austrian universities and think tanks. 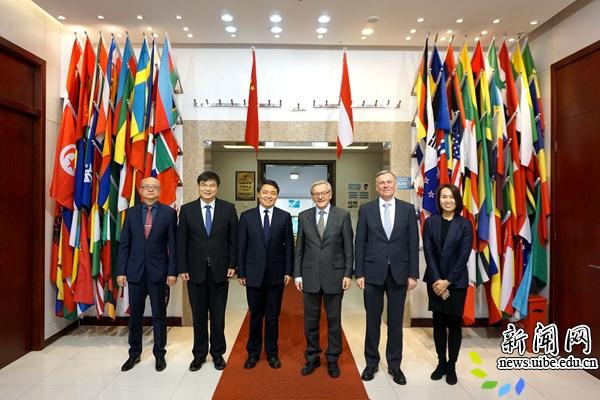 Dr. Wolfgang Schüssel then delivered a speech titled "Geopolitical Change Europe-China." He elaborated on topics including the Belt and Road Initiative, globalization, China-EU cooperation and frictions, global environment and energy. He also spoke high of the important role China plays in international affairs.

Founded in 1951, UIBE is a multi-disciplinary national public research university specializing in economics, finance, management, law and foreign languages. According to ShanghaiRanking Consultancy, the official publisher of the Academic Ranking of World Universities since 2009, the Beijing-based school topped five other economics and finance universities listed among China’s top 100 universities of 2018. Currently, it has established partnerships with over 160 overseas universities and international organizations.