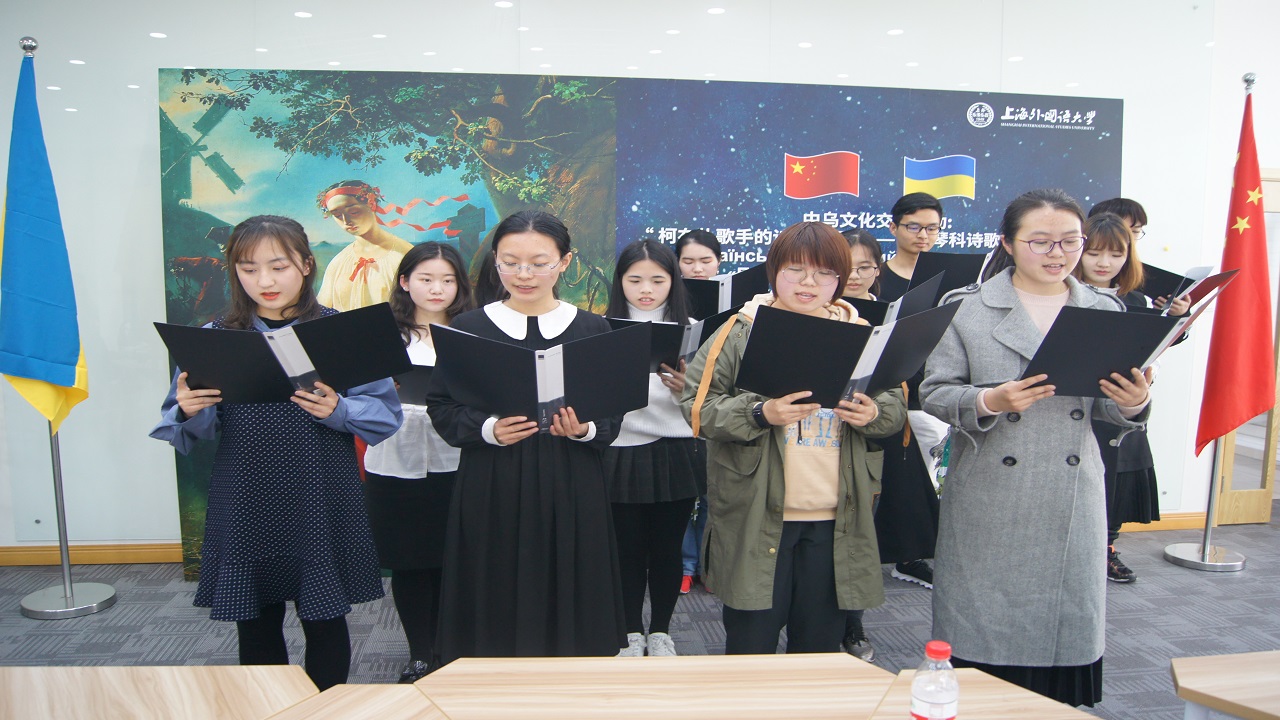 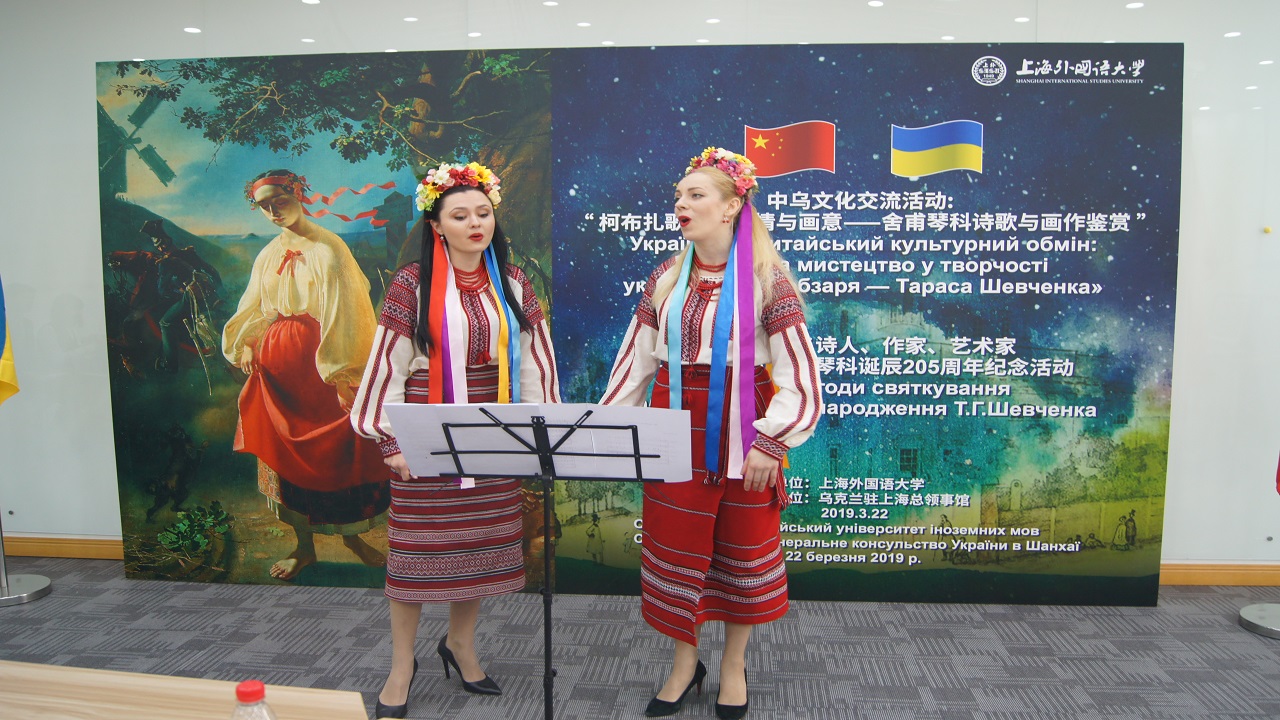 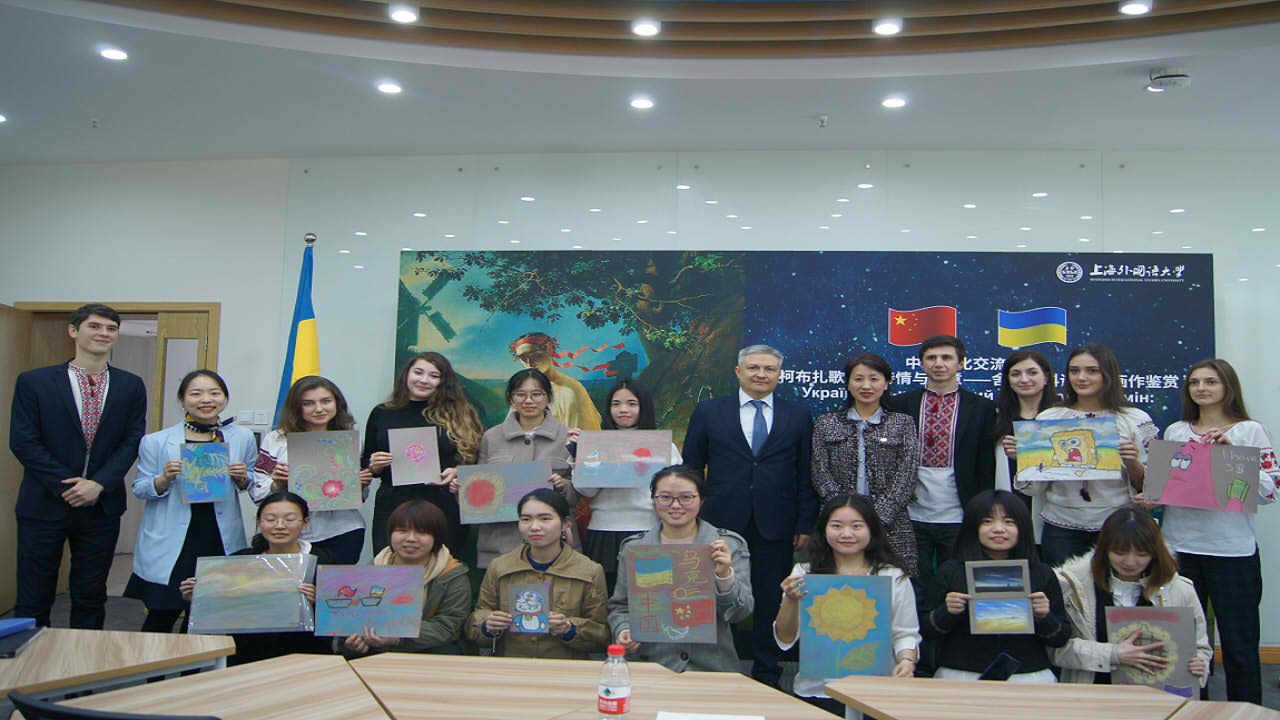 The event’s participants appreciated the poems and paintings of Taras Shevchenko, who is a great Ukrainian poet, writer, artist and social activist, to celebrate the 205th anniversary of his birth.

Ukraine’s Consulate General in Shanghai also invited Yuri Brazilkino, a famous Ukrainian painter, to teach students how to paint pastels. The students of the two countries produced many beautiful paintings, themed with the nature, plants, cartoon characters and bilateral friendship under his guidance

The students in the Ukrainian major sent the two most satisfying works to Dmitry Boromarenko, the consul general of Ukraine in Shanghai. Meanwhile, representatives of School of Russian and Eurasian Studies and the Ukrainian Ministry of Education and Science exchanged gifts as a symbol of friendship.

Boromarenko pointed out that SISU and Ukraine’s Consulate General in Shanghai had been maintaining a good cooperative relationship and had jointly held many intercultural communication events. He said that they would continue to strengthen cooperation with SISU in the fields of culture and education, and support the development of SISU’s Ukrainian major and the Ukraine Research Center.