As the member university of UIC, an important part of the Intercity and High-Speed Committee Plenary Meeting as well as the leading university of the Alliance of Universities for High-Speed Railway (AUHSR) of UIC, the Meeting of the Alliance of Universities for High-Speed Railway (AUHSR) kicked off in Hangzhou on the morning of November 26th, 2018, which received great support from the International Union of Railways (UIC), China Railway Corporation (CR) and China Academy of Railway Sciences (CARS). Prof. NING Bin, President of BJTU, gave the speech during the meeting and organized the discussions upon the Alliance Regulation, Alliance Steering Group, Alliance website, free speeches and presentations as well as research projects. This Alliance meeting attracted over 40 important guests in the field of railway to attend from such countries and regions as China, US, UK, Russia, France, Japan, Italy, Spain, Poland and Hong Kong. 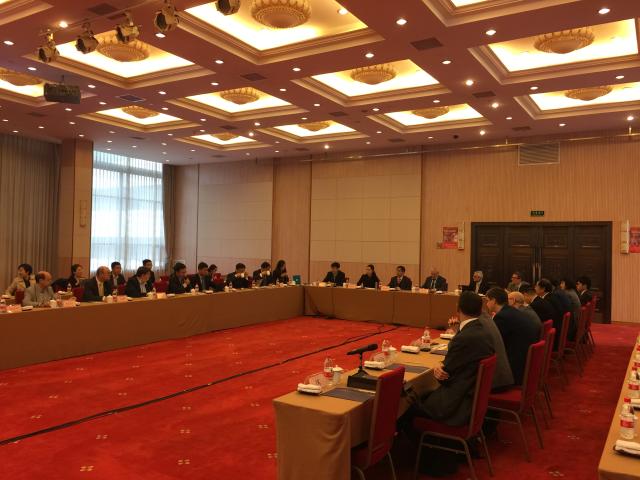 Prof. NING Bin introduced the basic information of AUHSR and active participation of BJTU in China’s development of high-speed railway. He pointed out that BJTU, as the leading university of the Alliance, received great support from UIC and Alliance members. He encouraged members of the Alliance and authorities of the HSR sector to strengthen bilateral exchanges and mutual learnings, and hoped that they would be actively enrolled in the research projects of HSR, promote the international influence of the Alliance for the contribution of knowledge and wisdom in favor of the development of world high speed rail. 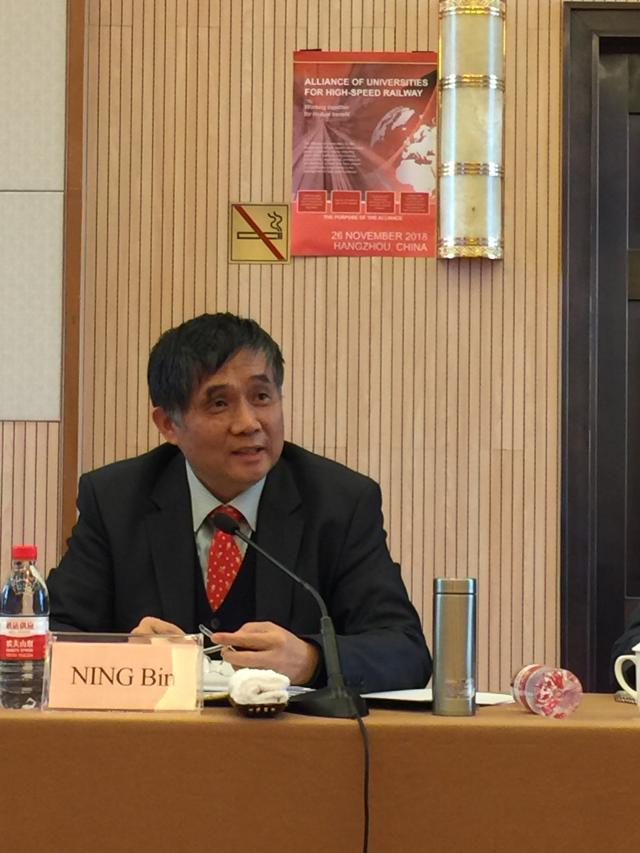 Mr. Marc GUIGON, Director of Passenger Department of UIC, gave his speech and introduced the basic information of the Intercity and High-Speed Committee of UIC. He expressed gratitude to BJTU for long-term support for the activities held by UIC. He hoped that BJTU would take the advantages of high-speed railway and urban rail transit to further play greater role in research projects, website construction and alliance meetings. 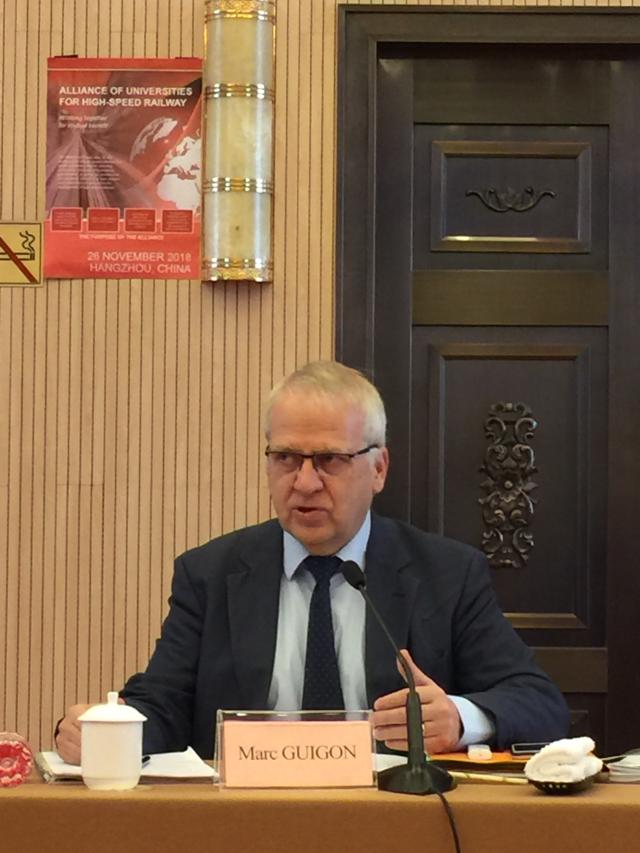 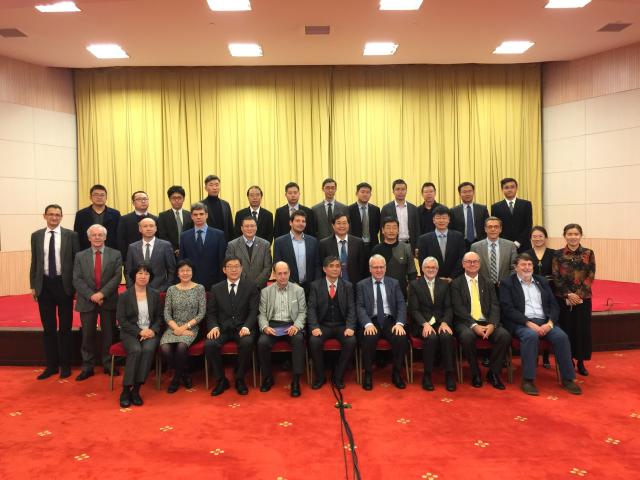 Some members of UIC from Beijing Jiaotong University also attended the Intercity and High-Speed Committee Plenary Meeting, Meeting of Scientific Committee of the World High-Speed Congress during November 26th and 27th .

Principals from the Office of General Administration, Office of International Affairs, Office of Scientific Research, School of Traffic and Transportation, School of Economics and Management and School of Civil Engineering were also present at the meeting.