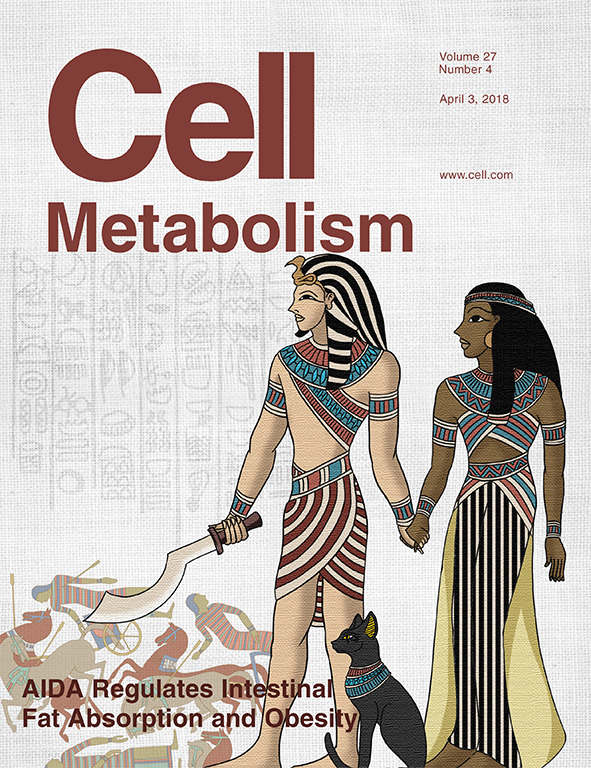 Recently, a research team headed by Professor Lin Shengcai and Associate Professor Lin Shuyong of the School of Life Sciences of Xiamen University published a paper in the magazine Cell Metabolism online entitled “AIDA Selectively Mediates Downregulation of Fat Synthesis Enzymes by ERAD to Retard Intestinal Fat Absorption and Prevent Obesity”. This article was officially published in Cell Metabolism as the cover-paper on April 3. The research revealed that inhibition of endoplasmic-reticulum-associated degradation (ERAD) increases the abundance of triacylglycerol synthesis enzymes and fat absorption in small intestine and the AIDA-mediated endoplasmic-reticulum-associated degradation (ERAD) system may represent an inner “anti-thrifty” mechanism impinging on intestinal fat absorption.

In 1962, Human geneticist James V. Neel first proposed the "thrifty gene" hypothesis, which states that genes that predispose to the common diseases of today like obesity, diabetes, and hypertension are the result of the process of natural selection, because these genes could help our early ancestors survive the feast and famine cycles of Paleolithic age, and the ancient individuals tended to fatten rapidly during periods of food abundance in order to provide for periods of food shortage. These thrifty genes proved to be historically advantageous, but they became detrimental in the food-abundant modern world. Neel used the thrifty gene hypothesis to explain why the genes prone to diabetes were not naturally eliminated from the human gene pool. So, the question is whether there exists a type of “anti-thrifty gene”, which could actively limit the intake of nutrients to prevent obesity in times of plenty. Aida, as studied in this research paper, could probably fall in the category of the thrifty gene. 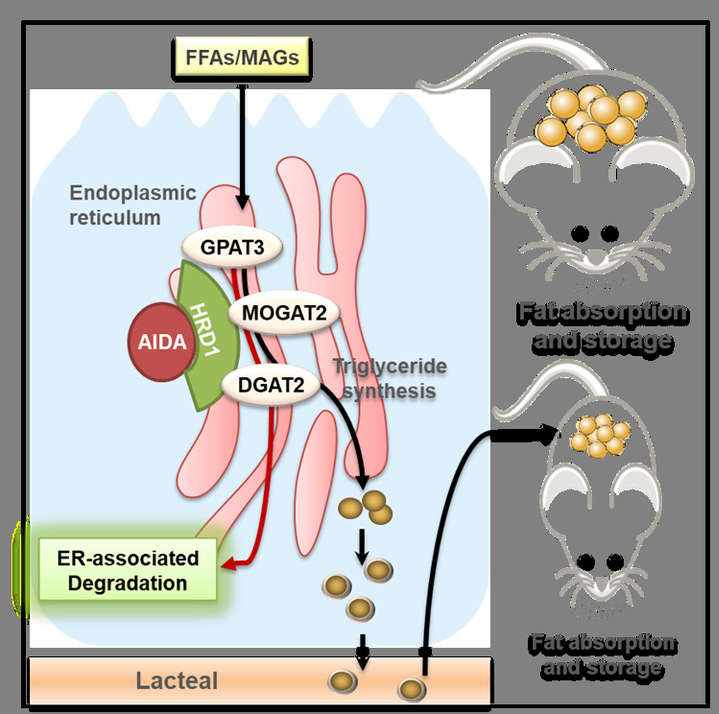 AIDA is a protein first identified and named by the research team and is an interactor protein that regulates the body axis factor AXIN1. The team cooperated with Academician Meng Anming of Tsinghua University to identify its role in body axis development and related results were published in 2007 in Developmental Cell, a sub-journal of Cell. To study the function of AIDA in mammals, the team generated the Aida knockout mice and found that the Aida knockout mice showed significantly higher body weights and body fat than their wild-type littermates. Through a comprehensive analysis of the metabolic phenotypes of the Aida knockout mice, they found, ten years after identifying the AIDA protein, that AIDA deficiency could significantly result in increased dietary fat absorption in the intestine of mice.

The study of the XMU research team not only discovered the physiological function of AIDA protein as a anti-thrifty gene in mammals, but also revealed the important function of the endoplasmic-reticulum-associated degradation in the process of dietary fat absorption, and for the first time provided a living example showing that the increased lipid absorption in the intestine can lead to obesity. The co-first authors of this paper are doctoral students Luo Hui and Jiang Ming, and Professor Lin Shengcai and Associate Professor Lin Shuyong being the joint corresponding authors. This research was funded by the Major State Basic Research Development Program of China (973 Program), the National Natural Science Foundation, and Xiamen University President Fund.