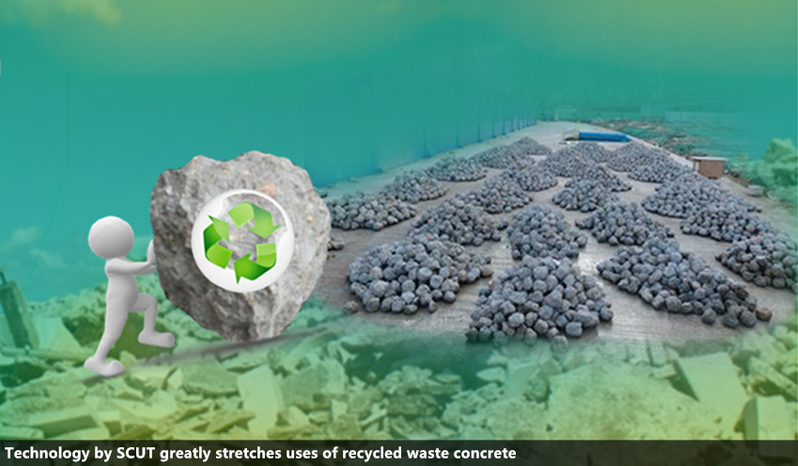 Two research projects of SCUT were praised by the 2018 State Science and Technology Awards (SSTA), the highest honor in China's science and technology communities.

The awarding ceremony of this year's SSTA was held earlier this week at the Great Hall of People, Beijing.

Among the prize winners was 'a key technology of waste concrete recycling and its engineering applications', completed by a SCUT team led by Research Professor Wu Bo at the School of Civil Engineering and Transportation.

The study received a Second Prize of the State Science and Technology Progress Awards, a sub-category of the SSTA, for creating a viable strategy of consolidating recycled concrete blocks, and thus greatly stretching uses of low-strength waste concrete.

Building components developed based on this technology showed excellent mechanical properties and solid performances in earthquake-resistance and fire-resistance.

Meanwhile, SCUT also had Professor Xu Xiangming at the School of Electronic and Information Engineering participating in a research that received a Second Prize of State Technological Invention Award, another sub-category of the SSTA.

Research of his team revealed an innovative method of detecting psychophysiological information during medical treatment, with its applications making remarkable progress in treating depression and other affective disorders.