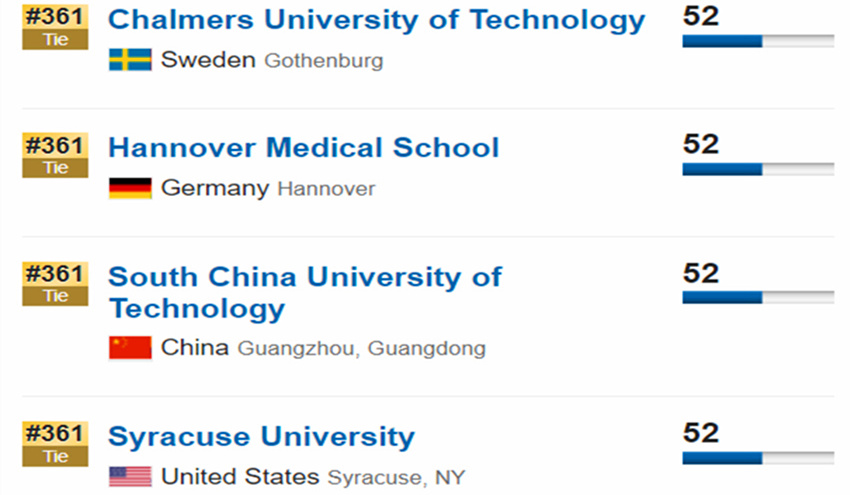 SCUT was ranked No. 361 in the Global University Rankings published by the U.S. News and World Report, moving up 39 places compared to last year.
The latest rankings of 2018 were updated on October 30, listing SCUT as the 18th in the mainland China, up from the 19th last year.
In subject rankings, SCUT’s agricultural science, engineering, chemistry, materials science, and computer science were named within the global top 100, while agricultural science took a remarkable place at the 17th slot.
This is the fifth year for the U.S. News and World Report to produce the Best Global Universities Rankings, which were designed for students to explore the higher education options that exist beyond their own countries' borders and to compare key aspects of schools' research missions.
In the 2018 edition, 1,250 universities from 75 countries have been ranked based on 13 indicators that measure their academic research performance and their global and regional reputations.
The study is considered as one of the four most influential university rankings around the world, while the other three are produced by ShanghaiRanking Consultancy (the Academic Ranking of World Universities; ARWU), Times Higher Education (THE), and Quacquarelli Symond (QS).