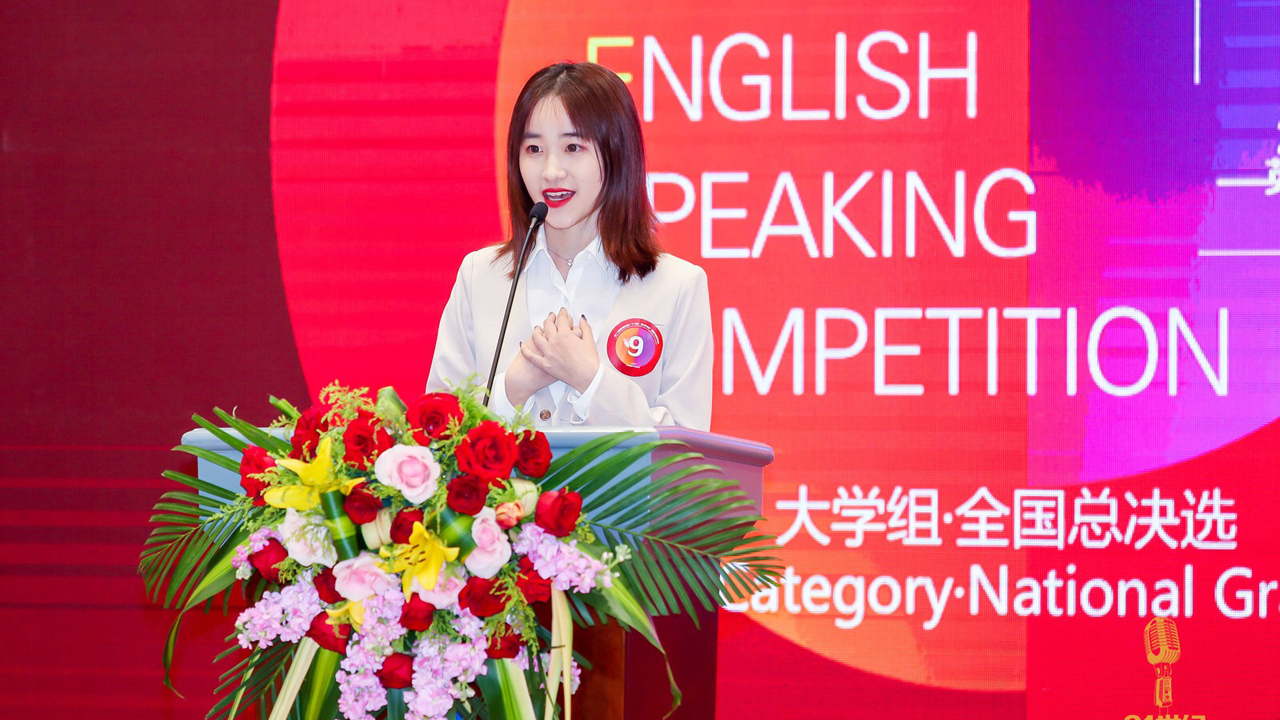 Xiong Xin, a sophomore student from Shanghai International Studies University (SISU) won the first place in the national final of the 24th English speech contest "21st Century Coca-Cola cup", which was organized by China Daily and was held at Hangzhou International Expo Center on Mar.24, 2019.

In the final, Xiong Xin majoring in English and studying in multilingual talents for international organizations program of SISU’s Honors College, told her own story themed "A Glimpse into the Future".

Wang Xin, Executive Vice President and Professor of School of English Study, served as the judge of the university group in the competition. “Evaluation of high-level speeches are no longer limited to language, but to logic, thoughts, visions and feelings. Speakers must tell the true stories and express real emotions. Only speeches with depth and warmth can impress the audience and let the world hear our voice," Wang said.

The 21st Century National English Speech Contest has been known for its high-grade academic standards since its founding in 1996. It is also supported and valued by international authoritative English teaching and testing institutions. “As a domestic competition of International Public Speaking Competition (IPSC), it requires players to have an international style and show the spirit of China，” said Xiong Xin.