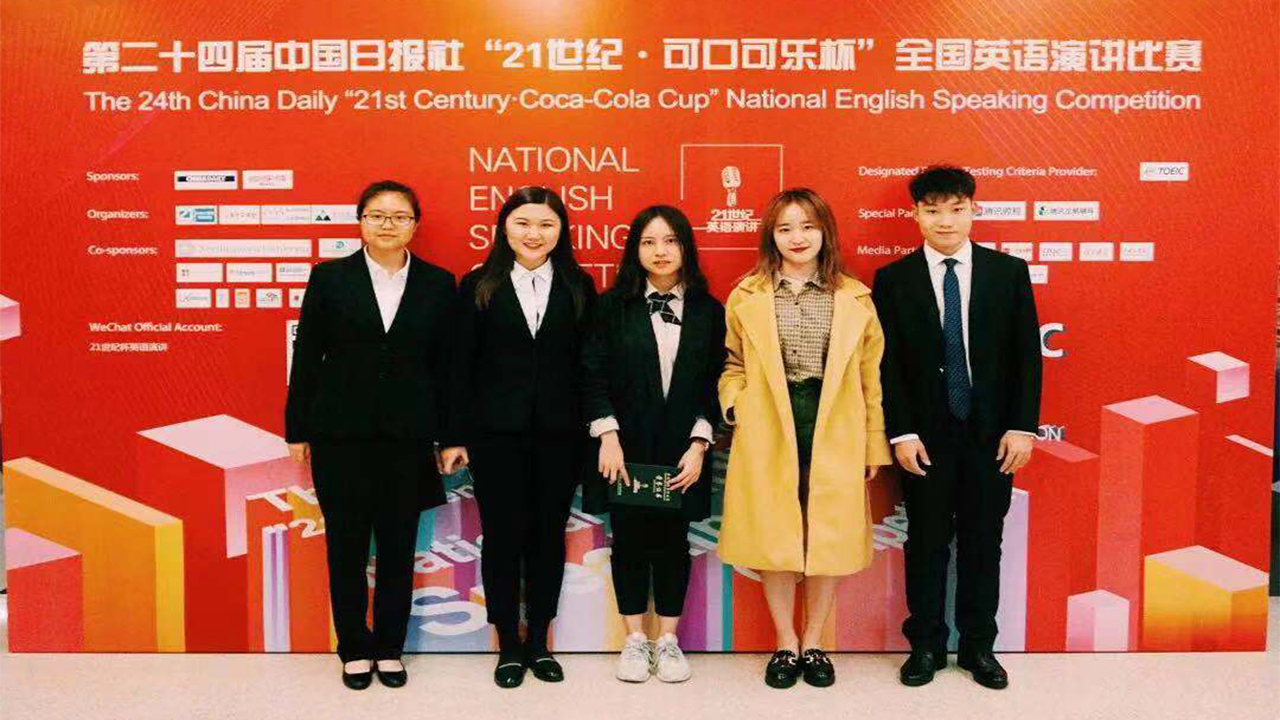 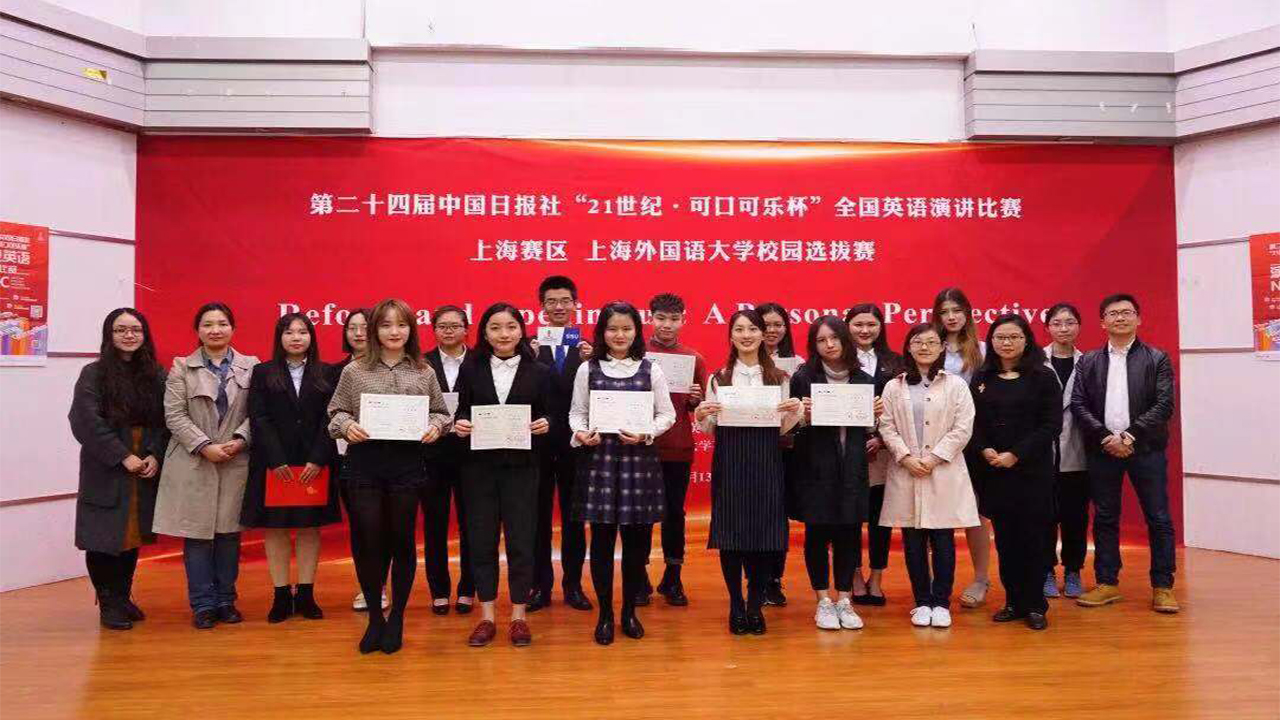 Each competitor displays their own strengths. Xiong Xin, a student from SISU’s School of English Studies(SES) won the only opportunity to compete in the nationwide semi-final as first seed; Li Yuqing from SES won THE third place in Shanghai final; Yang Tianci, from School of French and Francophone Studies received the special award; Chen Sizhen and Ma Xiaoyu, both from SES, came in second and third place in Shanghai final.

Considered as a seeded player, Xiong Xin penetrated into the topic from the changes of the times and proposes that only by youngsters keeping sedulous and seizing the opportunity can they follow the pace of era. The endless changes brought by the reform and opening up policy have infiltrated every corner of China. She added, “Reform and Opening Up gives China such a new look.”

To show the inheritance and innovation in China’s four-decades reformation, Chen Siyu talked about the freedom of choice given by the new era. The improvement of material conditions, the opening of individual mind, the diligence of the former generation become the wealth of future generations. “Two roads diverged in a wood, and we took the one less travelled by, and that has made all the difference,” she said.

Other SISU students discussed about great changes taking place at China by capturing the differences in life. They recorded the developing process of China-based foreign-funded enterprises–­–from the Belt and Road Initiative to the International Import Expo, career choices and entrepreneurial platforms have become more abundant and people’s gratification has improved significantly in China.

Besides the summery of China's development in the past 40 years, SISU students also suggested what to do as a new generation who should perform their roles rationally. Yin Yijun, a student from School of Germanic Studies, put forward a proposal that students should not only be inheritors of the fruits of labors, but also strive to be the promoters in China’s new era.