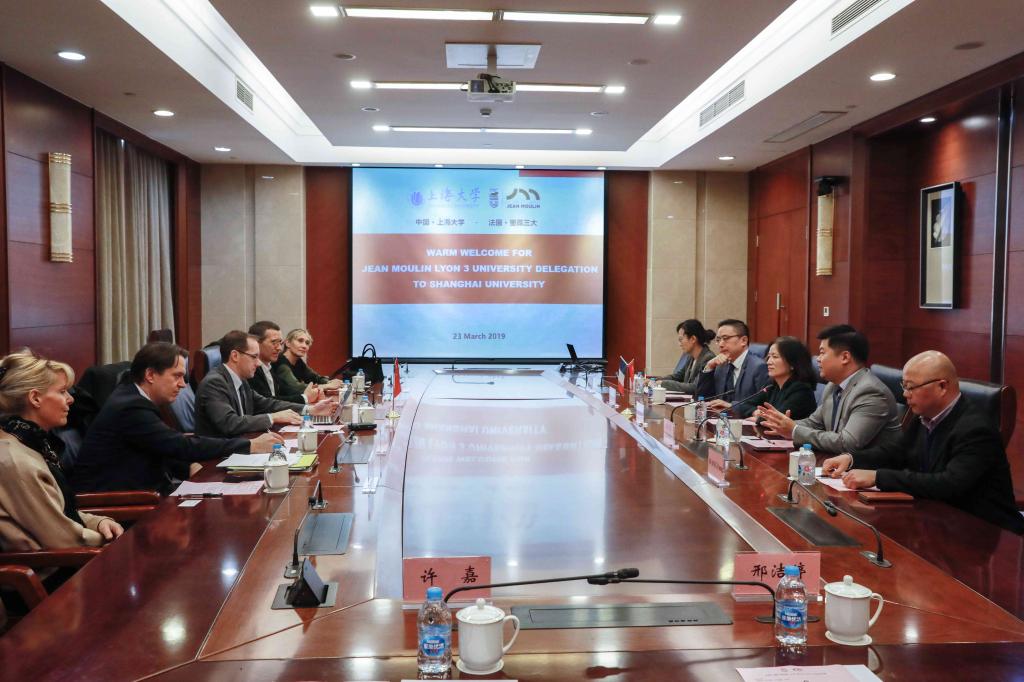 At the meeting, Prof. Zhang Xiaotian first introduced the internationalization process of Shanghai University as well as the current international cooperation agreements. In 2010, after joint discussions between China and France, and on the basis of the superior disciplines of philosophy, sociology, etc. at both sides, Shanghai University started the bidding process. After five years of efforts, Shanghai University, in cooperation with Lyon 3, has successfully launched the Master Program for Sustainable Development (hereinafter referred to as the "Sino-French Master Program") which was approved by the Ministry of Education in August 2015. At present, the fourth phase of enrollment has officially started. After nearly four years of development, the program has accumulated a good social reputation as well as response, and trained excellent talents for sustainable development, philosophy, sociology and other interdisciplinary fields.

At the meeting, Prof. Nie Qing delivered a welcoming speech on behalf of Shanghai University and welcomed the three representatives of Lyon 3. She recalled her visit to French universities last year when she attended the first graduation ceremony of the Sino-French Master Program. She is confident that the two sides will continue to carry out exchanges and cooperation, to the benefit of both parties.

Prof. Guillaume thanked Shanghai University for its warm reception and said he looks forward to further cooperation between the two sides. In his speech, he introduced in detail the international cooperation of Lyon 3's three major conferences, hoping to deepen scientific research, including doctoral degree, in the process of internationalization of the university. At the same time, he said that they will continue to deepen their cooperation and exchanges with Shanghai University. At the seminar, the presidents and relevant leaders of the two sides exchanged their views on the development and planning of disciplines, the integration of educational resources of the two sides, the establishment of entrepreneurship courses, the development of summer camps for international students, the exchange of students, and explored possible areas and modes of cooperation in the future. 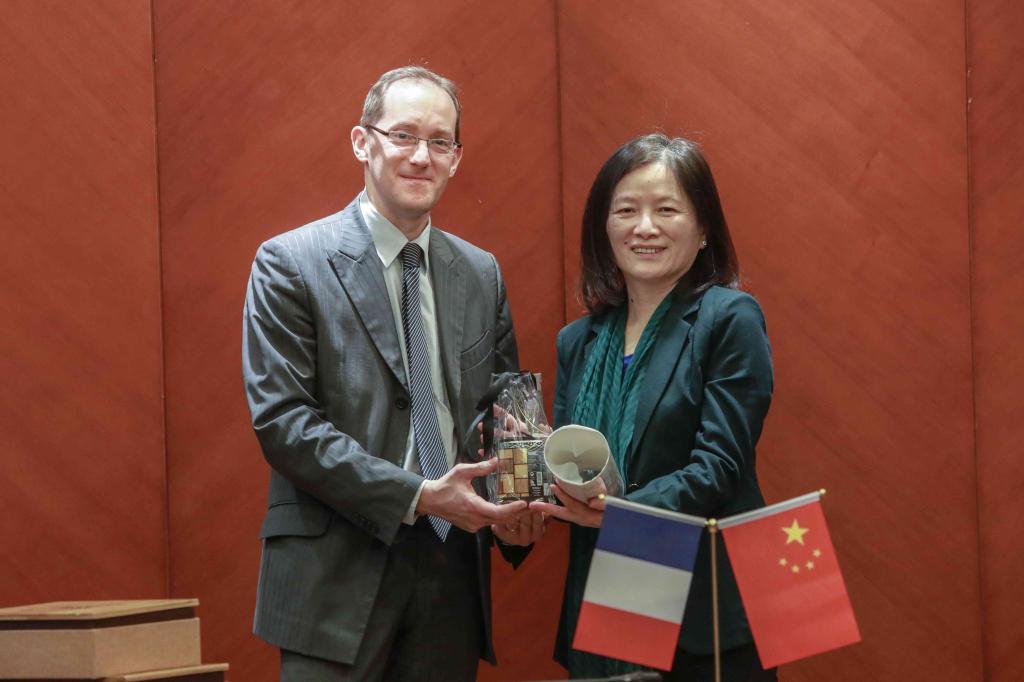 During the meeting, Prof. Nie Qing also stressed that based on the previous cooperation, the two sides should actively explore multi-channel and multi-platform cooperation from different levels and models, such as extensive academic exchanges, which were unanimously recognized by French representatives. To conclude the meeting, both sides exchanged gifts. 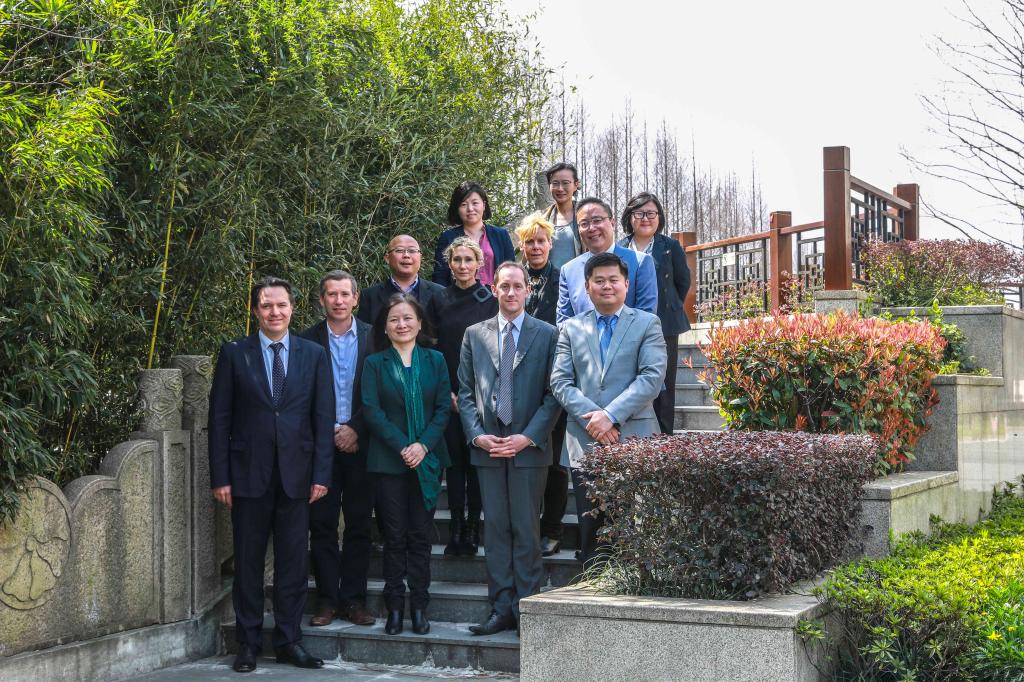 At present, Jean Moulin University Lyon 3 and Shanghai University are in the process of rapid progress and rapid development, and the research in the field of sustainable development is also a hot topic of global concern. This year, the Sino-French Master Program will be evaluated by the Ministry of Education of China. The two sides will continue to further deepen their cooperation in the future, re-examine and develop the project from the perspective of interdisciplinary research and cross-cultural exchanges, invest more resources, improve the quality of running schools, and make it a leading and exemplary act of cooperation between the two sides. At the same time, combined with the development strategy and layout orientation of universities between China and France, the two sides can cooperate closely in a wider range of fields in the future, jointly contribute more research results to the fields of sustainable development research, philosophy and sociology, while continuing with their initial intentions and advancing in order to achieve win-win cooperation at different levels.