Students and Teachers Mark Centenary of May Fourth Movement 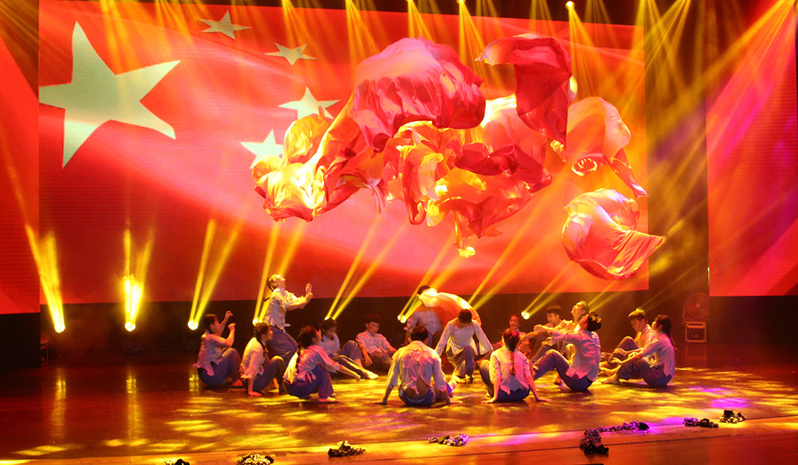 A series of cultural events marking the 100th anniversary of the May Fourth Movement were held at SCUT to promote patriotism and progress around the campus.

An awarding ceremony that commended 14 distinguished teams of the Communist Youth League was held on April 27, with President Gao Song addressing a keynote speech, encouraging teachers and students to link today's undertakings with the spirit of the May Fourth Movement, and make unremitting contributions to the national rejuvenation.

Art performances presented on the ceremony featured various styles such as dances, stage dramas, instrumental music, recitations, fashion design shows, and choruses, telling stories of generations of the SCUT people who were committed to building a better China.

Other events of celebrating the centenary included a national flag raising ceremony, a seminar about the meaning of the national flag today, and performances of stage dramas that recalls name of pioneers in the early history of SCUT, who fought vigorously for the development of modern day China.

On May 4, 1919, the May Fourth Movement started with mass student protests against the Beiyang government's weak response to the Treaty of Versailles that imposed unfair treatment on China and undermined the country's sovereignty after World War I. It then triggered a national campaign to overthrow the old society and promote new ideas, including science, democracy and Marxism.

The May Fourth spirit refers to patriotism, progress, democracy and science, with patriotism at the core. After the founding of the People's Republic of China in 1949, May 4 was formally designated as China's Youth Day.