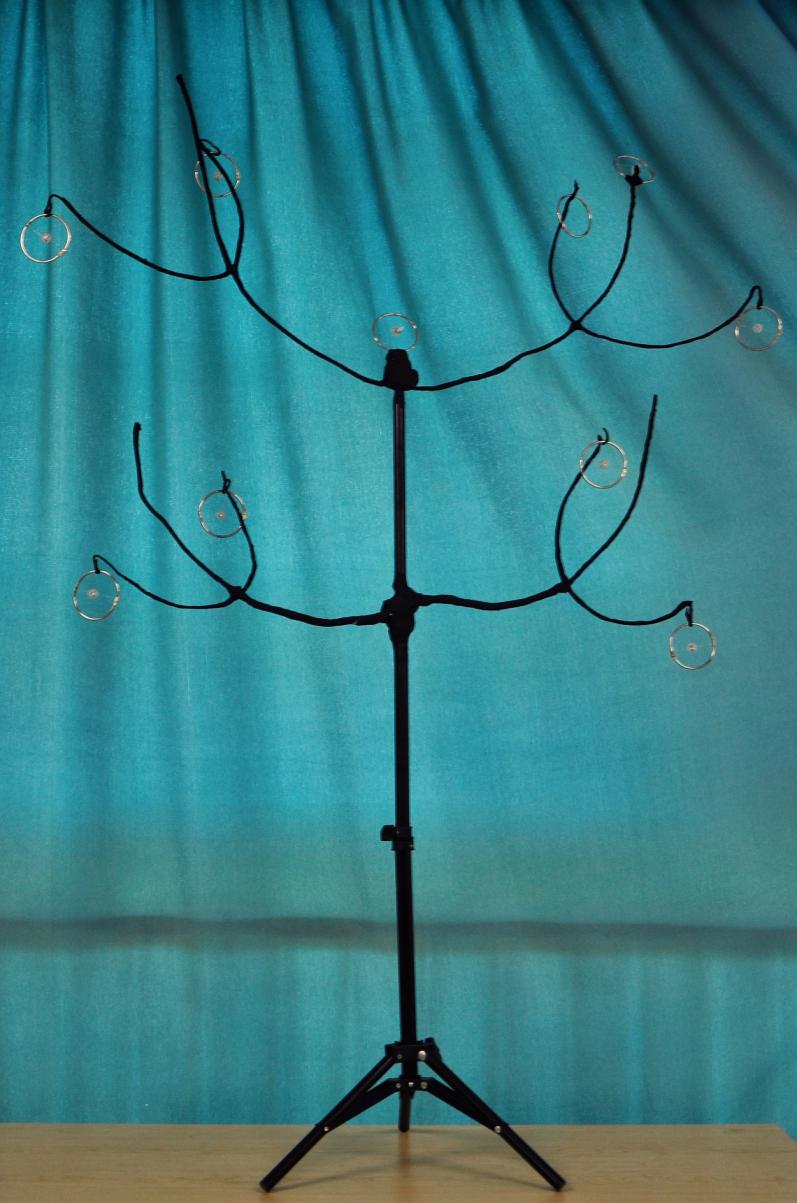 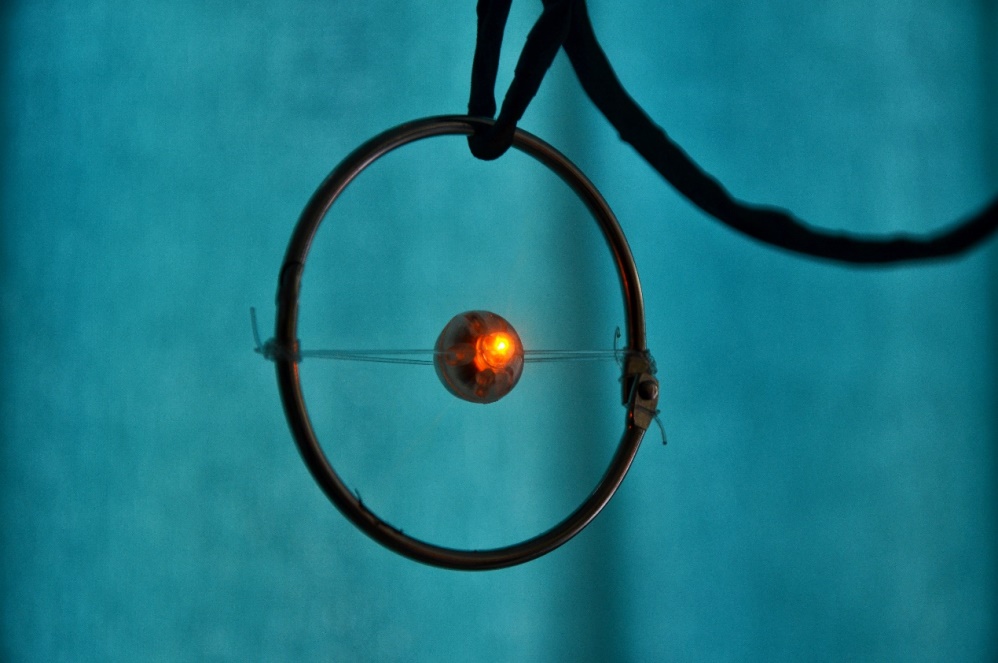 Details of the circular bulb

Upon entering the exhibition hall, the work attracting most visitors is an iron tree. Its branches are decorated with ten small circular bulbs which seek to imitate the sang (mulberry) character in oracle bone script. Zheng Yufei, a freshman majoring in Chinese language and literature, who is also the main designer of this iron tree, says that in Classic of Mountains and Seas, a Chinese classical text dating back to as early as the fourth century B.C., there exists a folktale that ten suns were once living in a mulberry tree. Inspired by that myth, his team made a mulberry tree using camera crane and iron wires with light bulbs used to resemble suns. 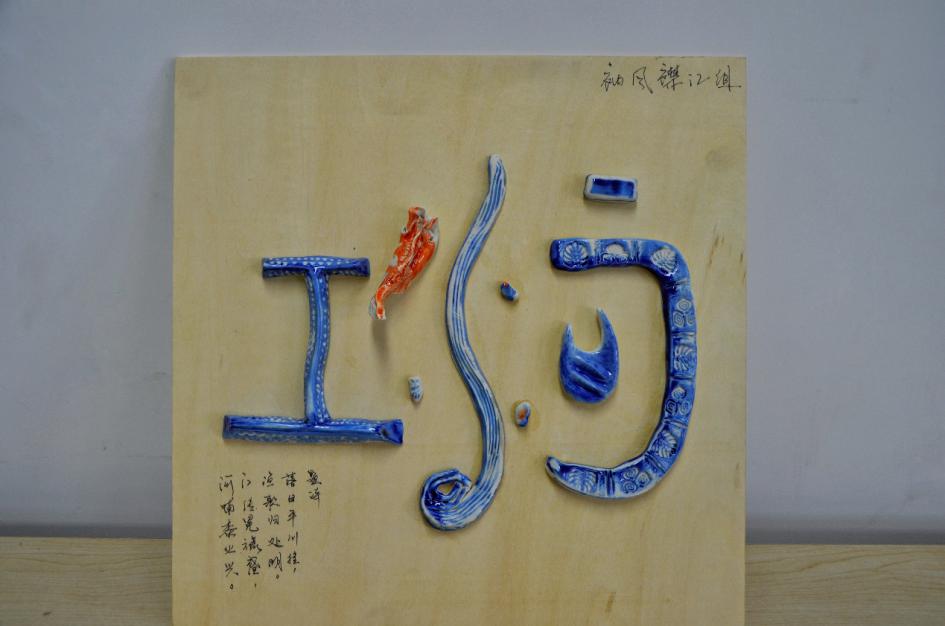 The pottery painting combining the characters “jiang” and “he”

Another impressive work is a pottery painting independently designed and made by Long Yunxin’s team. Unusual as it might seem, what distinguishes it is that it tactfully combines two characters jiang (river) and he (river) by overlapping their common radical, which composes the middle part of the pottery painting. In the ancient style of the Chinese character, the essence of jiang and he depicts a flowing river, and Long’s team has intentionally turned one of the strokes into a yellow fish. The whole work intends to reflect that hundreds of rivers gestate brilliant Chinese culture. 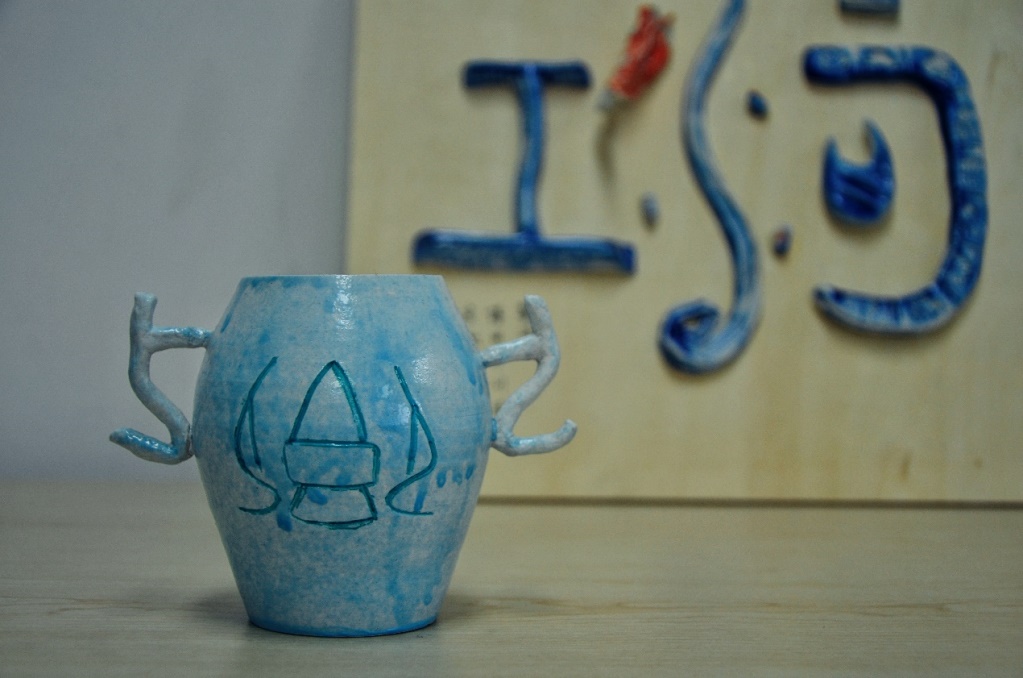 The earthen pot made by Zhou Nayu’s team

To comprehensively convey their design philosophy, some students opt for exceptional materials, including poems, videos and songs, to illustrate their works. For instance, a team led by Zhou Nayu produced an original song for their earthen pot, which manifests the qing (a term of endearment formerly used between husband and wife or among close friends) character in oracle bone script. Based on the ancient written form, the qing character can be interpreted as two friends drinking together, just as the lyric in the song goes, “Haven’t seen each other in a while, we drink and talk into wee hours.”.

A production centering on the characters “long” (dragon) and “wen” (literary)

Traditionally, students from the School of Chinese Language and Literature are deemed to be proficient in writing, which, to some degree, hides their potential in other fields. However, multiple cultural creative products reveal a long neglected truth that students majoring in the humanities are also able to transform their knowledge into material products. 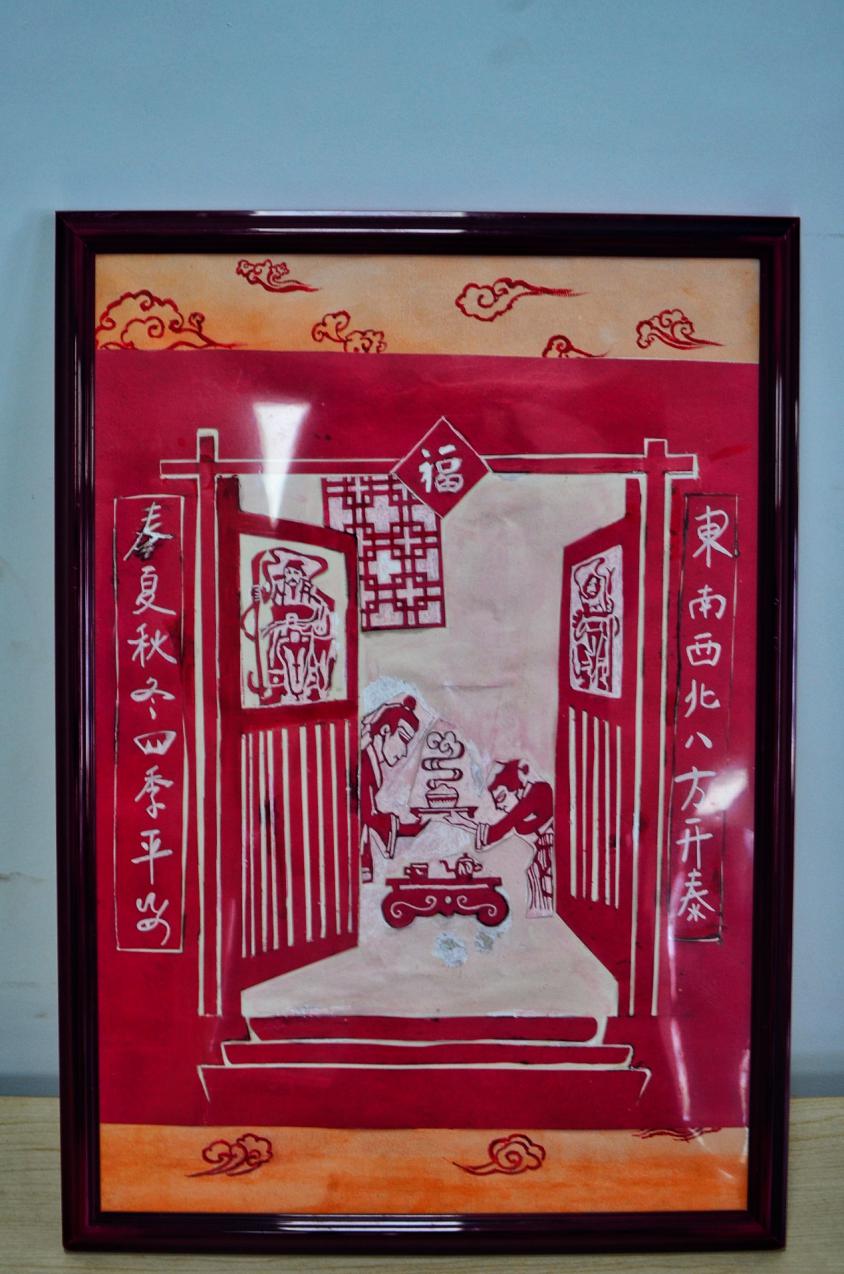 A piece of paper cutting in the exhibition

“It is a surprise that students’ productions are way better than what I had envisioned before,” said course instructor Wang Tongshang, professor in the School of Chinese Language and Literature of WHU, who thinks highly of the exhibition. “The initial aim of this assignment was to inspect students’ understanding of ancient Chinese characters, but I soon changed my mind after receiving their works, which were full of creativity and philosophy. It is my honor to witness their talents through this exhibition.”