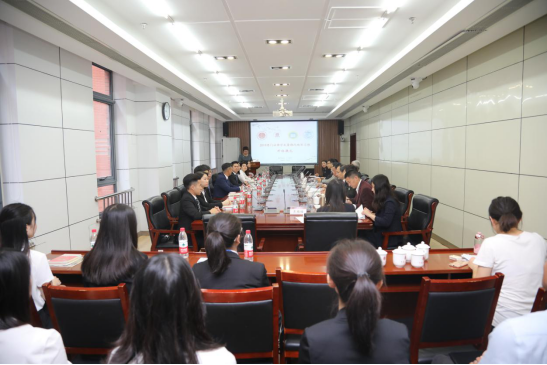 On behalf of CUPL, Prof. Shi Jianzhong first extended his warm welcome to the guests and students of law from Macau attending the opening ceremony. He then introduced the academic advantages and school management of CUP and highlighted the international cooperation and communication of CUPL as well as the communications with Hong Kong, Macau and Taiwan counterparts. He pointed out that this year marked the 20th anniversary of the return of Macau to the motherland. In the past 20 years, Macau and the Mainland have formed a relationship of mutually beneficial, win-win and inseparable cooperation, and the educational communications between Macau and Mainland are rich in form and improving in quality. He said that this year was also the first time that CUPL had hosted the course study and exchange activities of the “Macau Law Student Summer Internship Camp” in Beijing and hoped that students would grasp this precious opportunity to observe the country from multiple perspectives, to understand more directly and accurately the development of the motherland, to reflect upon the relationship between Macau and Mainland, and to combine the knowledge learned in this internship with their own advantages, such as language ability, international vision and so on, in order to better prepare for the future and devote themselves for the society.

In Zhou Jun’s speech, he made three suggestions to the students. First, he advised that the students cherish the opportunity to participate in the internship camp, ponder over problems and make progresses. Second, he suggested that everyone seize the time to learn from teachers and classmates through active discussion and positive thinking. Third, he proposed that everyone would open their minds and enjoy the process, making this trip an unforgettable experience in life.

In Wang Heng’s speech, he said that at present, young people were supposed to aim for the highest and establish overall awareness as well as national consciousness. He hoped that the students could seize the opportunity, aim high, and integrate themselves into the society so as to contribute to the development of the country in the future. At the same time, he encouraged them to be brave in practice, constantly enhance their legal literacy and awareness, and demonstrate the good image of Macao students.

After the opening ceremony, the guests attending the ceremony and the Macao law students took a group photo in front of the research building. From June 17 to 21, they will conduct course study, professional visits, student exchanges and other activities in Beijing. From June 23 to July 12, they will do internships in the courts of Nanjing, Shanghai and Hangzhou. 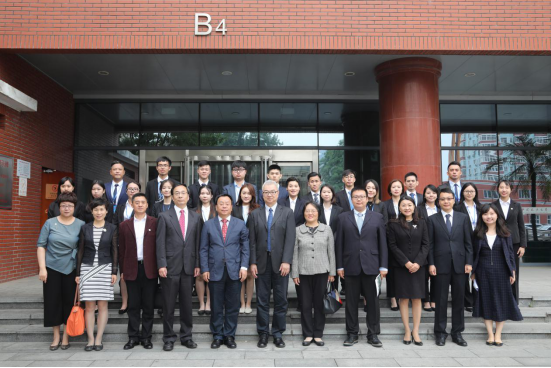