To Watch WHU from Above - Luojia Aerial Photography Contest

Wuhan University, known to possess the most beautiful campus in China, abounds in amazing sights. Some students are satisfied with enjoying the scenery, while others prefer to record what they see with camera. As unmanned aerial vehicle and aerial photography gain popularity, tudents tend to photograph the beautiful sceneries through a fresh perspective-,from above. Therefore, Luojia Aerial Photography Contest was introduced, which also presented a gift to WHU’s 125th birthday.

WHU Aero & Marine Modelling Club hosted the contest. It invited students across the campus to contribute their aerial photography works of the university. Photos and short videos were both welcomed. Then the entries were evaluated by the committee, which consist of professionals, teachers, and students. Eventually, winners were selected and awarded. The award ceremony, wherephotography wasdisplayed and winners were invited,was held in the Building of the Sciences on December 22.With a strong visual impact, their works presented the beauty of WHU  bytakinga bird’s eye view, thus providing us with a new angle to admire it.

All the works were well-shoot and rich in colour,including various themes like roads, buildings, trees,and students’ activities. Various pictures showed what WHU was like during different times, in the day or night, in the sun or snow. 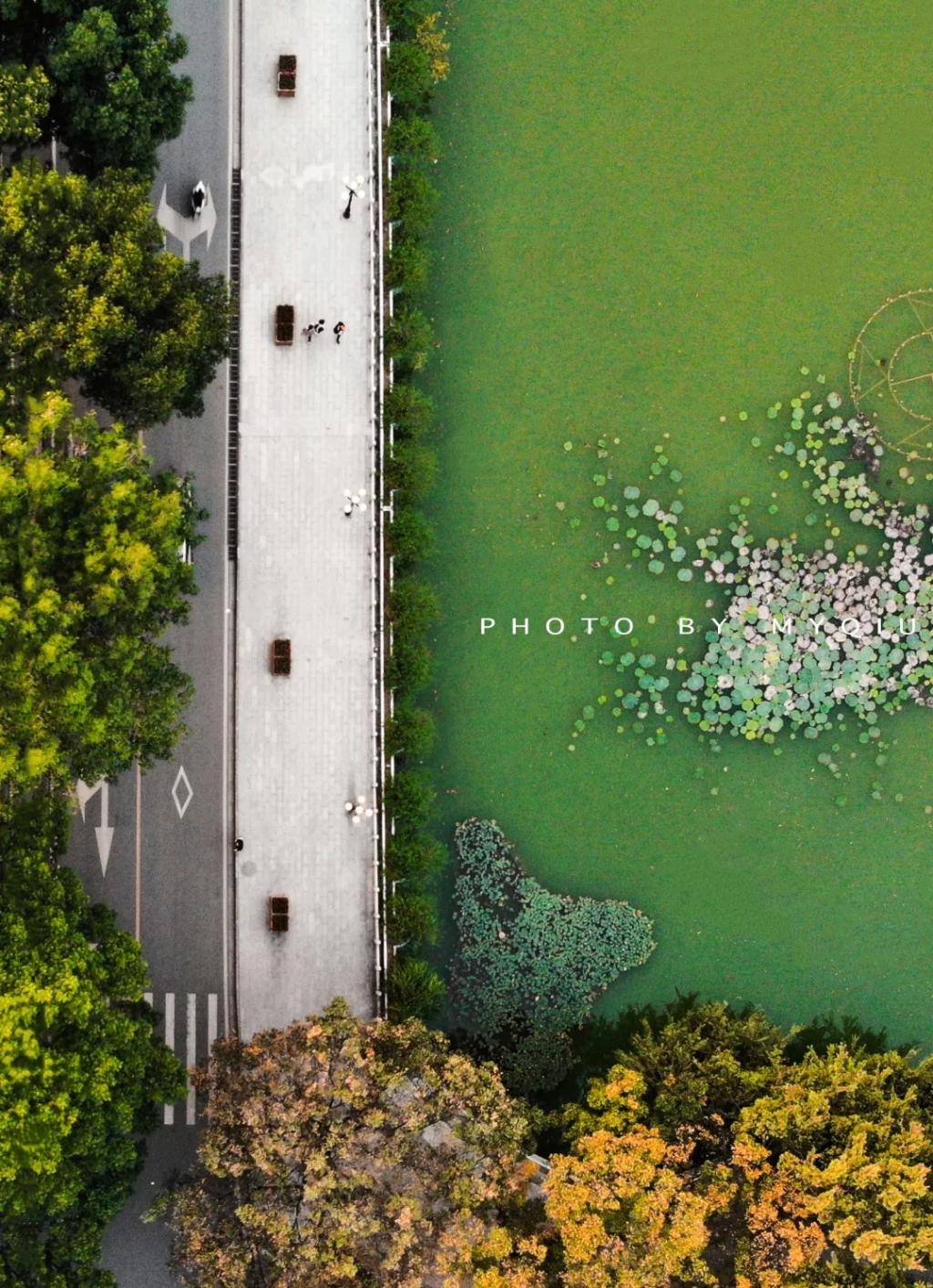 The first prize in  photograph was awarded to Qiu Mingyue, who noticed that straight roads were uncommon on the campus and then put emphasis on them. Colourful flourishing trees made the roads even more interesting, mainly due to diverse plant varieties and colours in early autumn. The aquatic plants were also different in shape and colour.All the elements made the photograph stylish and distinctive. 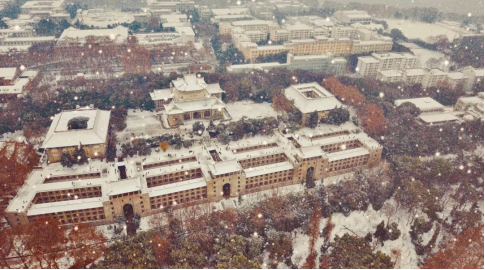 Luojia in Snow by Zhang Panlei.

There were also many other award-winning works which showed the creative insights of the photographers. For example, the photo above by Zhang Panlei presented extraordinary beauty of the university on a snowy day. One might be amazed at the peaceful scene and felt like in fairy land. 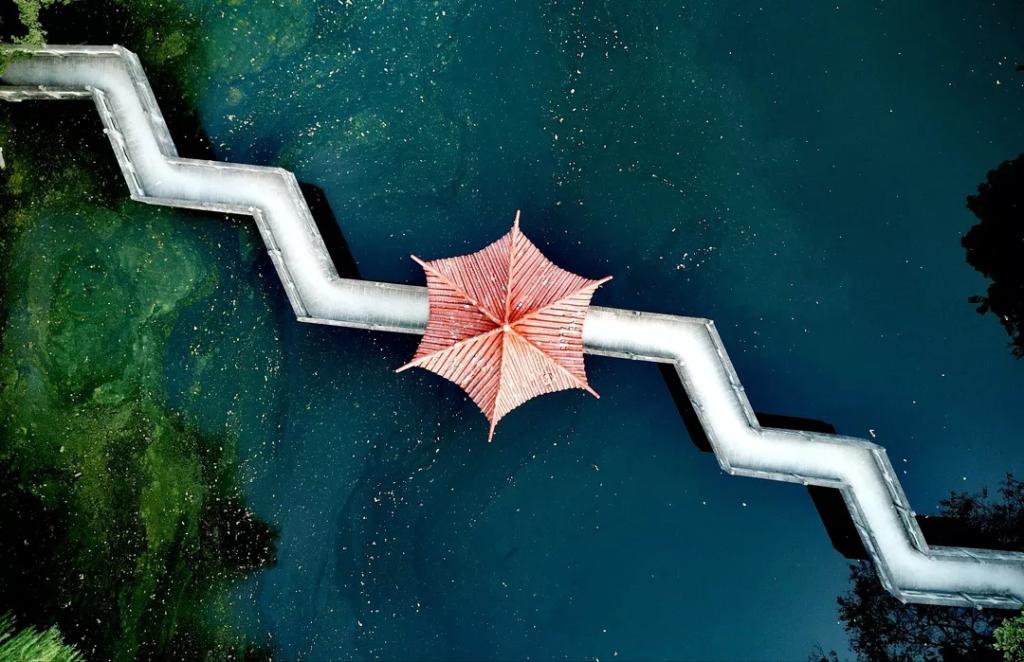 Lu Ruibiao took special interest in various colors on campus, which was also the theme of his photography. Among his photos were pavements, buildings, waters, leaves and flowers, all in vivid colors. The key was to keep the colors complement with each other. The picture above showed his ingenuity in aerial shooting. The red pavilion with six eaves was in perfect combination with the pond, where water was between sky blue and alga green. The light-grey pavementmade the whole scene more dynamic,intensifying and quaint.

Aside from the picture category, short videos were marvellous too. Ke Bingxin, who paid more attention on the landmarks of the university and students’ activities, recorded the training scene of WHU Dragon Boat Team. Fast pace, adventurousness and closeness were what he pursued when filming the video. As a result, his video Shadow Walkwas visually intriguing and exciting, helping him to win the first prize.

A screenshot of Dream by Ren Yutao.

On the contrary, other videos were slow in rhythm. Dream filmed by Ren Yutao was one of them. Coming from a small city, Ren felt somewhat overwhelmed at first in WHU, where he described as “a large institution”. Fortunately, he has made new friends and gradually adjusted to university life. Ren showed how he found and followed his dream here as a freshman through the short video. 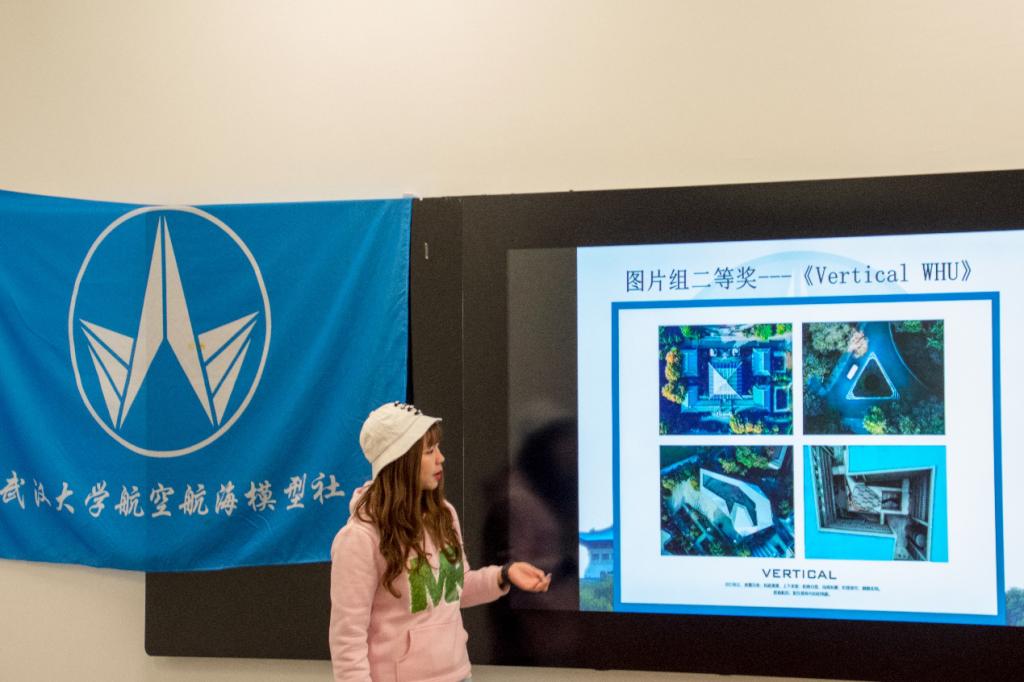 Winners introduced their marvelous works and shared their experiences at the award ceremony. Ye Wei, who won the second prize of pictures, is from the School of Urban Design and majors in architecture. Professional advantages distinguished her photos from others, into which she incorporated her understanding of the buildings..“Oneregret is that not all the landmarks arare included yet, but I would carry it on and complete the collection.”Ye said. 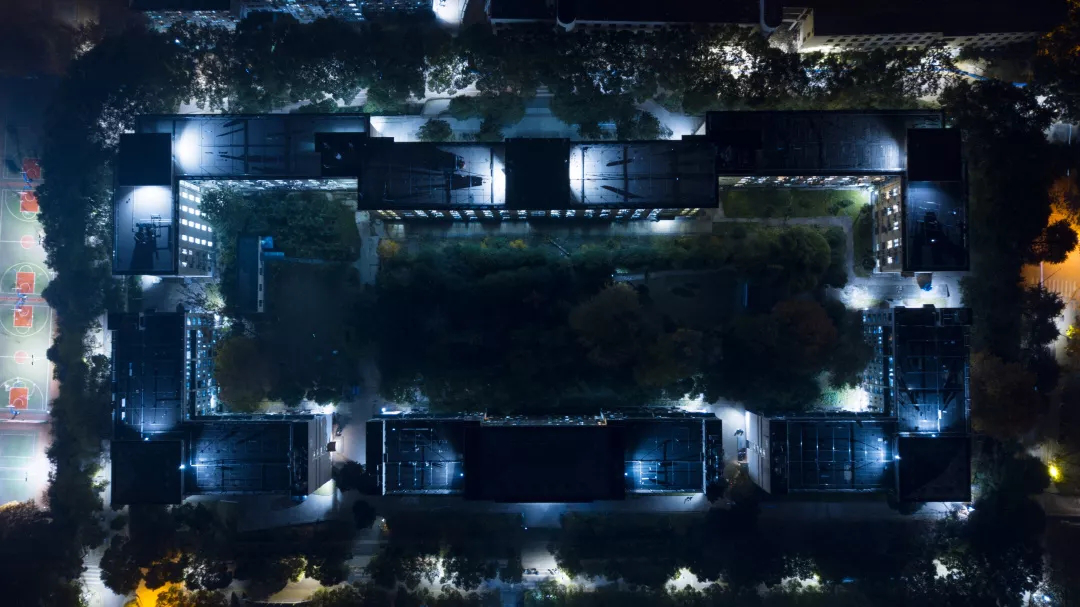 The works were up to the expectation of the committee and even made them surprised. One of the judges was Zhong Liang from WHU Aero & Marine Modelling Club, who was satisfied with  those high-quality entries. Furthermore, he expressed his wishes that students in WHU could make the best use of our richly endowed environment, “Here is landscape striking enough to attract people from outside the university, our students who areinterested in aerial photography should seize the opportunity  better than anyone.” With the event, they also aimed to stimulate students’ interest and improve their skills in this field,  Han Tianhao, another club member, added.

Zhou Fan, a teacher from the Department of Arts, was also involved in evaluationprocess. Since it was the first Luojia Aerial Photography Contest, Mr. Zhou regarded it as a great opportunity of setting examples for the latter ones to follow. Accordingly, he highlighted works with wonderful ideas and deep thoughts. When asked if the club will continue to hold the contest, Zhong Liang answered yes, “By expanding publicity, it may become a brand event in the future.” Liang Pei, who was in charge of the Student Association Instruction Center of WHU, regarded this kind of activities as fruitful and meaningful events. “These events indeed add richness to our campus life in Wuhan University,” said Liang.