A team from the University of International Business and Economics (UIBE) finished in the top four at the Price Media Law Moot Court Asia-Pacific Rounds held in Beijng Dec 4-7, 2018. 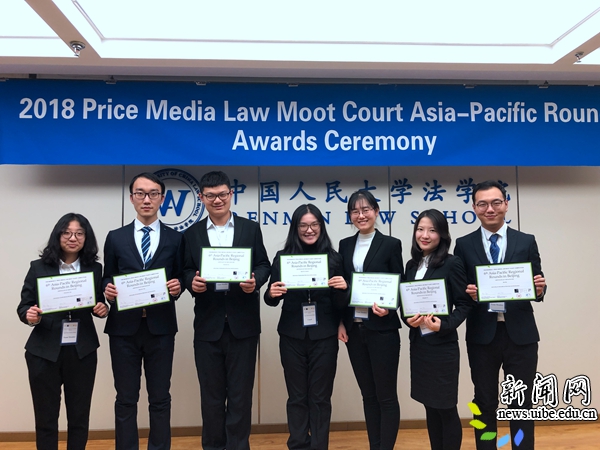 A total of 11 teams competed in the competition in Beijing. As the only Chinese mainland's qualifying team standing out from the 11 competing teams at the Asia-Pacific regional rounds, the UIBE is expected to take in the International Rounds in Oxford in April 2019.

The Price Media Law Moot Court program was jointly inaugurated by the University of Oxford and the International Media Lawyers Association in 2008, and has developed as the most influential competition of its kind.

The UIBE team began participating into the event from 2013, and was runner-up at the Asia-Pacific rounds in 2014, and reached the international finals in 2016.