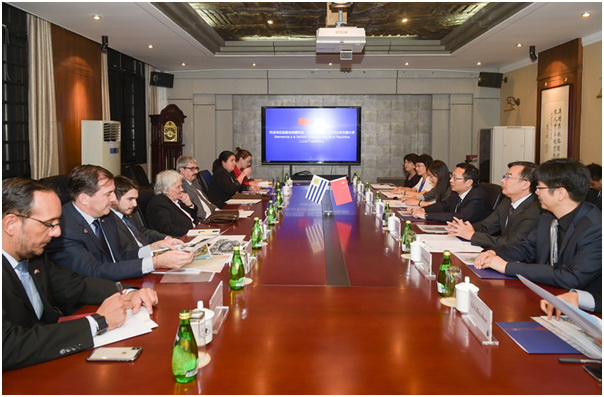 First, CAO Guoyong extended welcome to the guests and expressed gratitude to S.E. Sra. Lucia Topolansky for her visit to BJTU in tight schedule. Then, CAO Guoyong introduced the history, strength discipline, service for national rail transport development of BJTU and exchanges and cooperation with Uruguayan counterparts. He pointed out that BJTU has maintained long-term friendly partnership with Uruguayan government and universities. The Research Center of Uruguay established this year becomes the important bond of exchanges and mutual understandings of both peoples.  He hoped that the Uruguayan government would further support BJTU to build the Research Center of Uruguay. Besides, BJTU will play more important role in the talent cultivation and technical training in rail transit to make active constructions to the economic and social development of Uruguay. 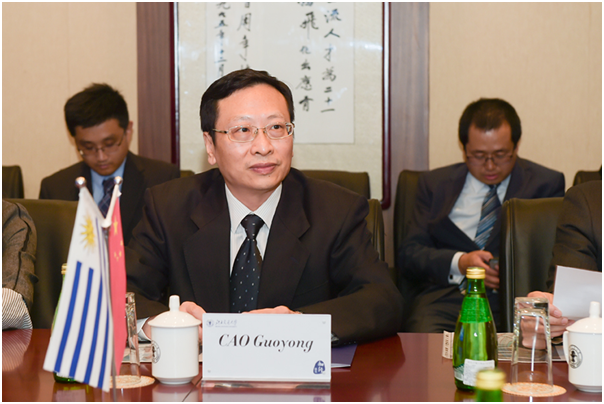 S.E. Sra. Lucia Topolansky expressed gratitude to BJTU for the hospitality and spoke highly of the achievements BJTU has made in the construction of Research Center of Uruguay and service of national rail transport development. She pointed out that Uruguay is facing the problems of upgrading its railway network and renovating urban buildings. She hoped that Uruguay would learn from BJTU about the construction of rail transport and restoration and protection of ancient buildings. Besides, both sides could strengthen ties in the future to jointly promote the construction of cooperative projects. 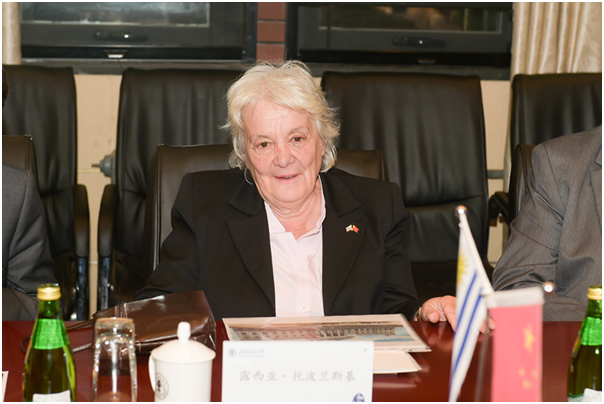 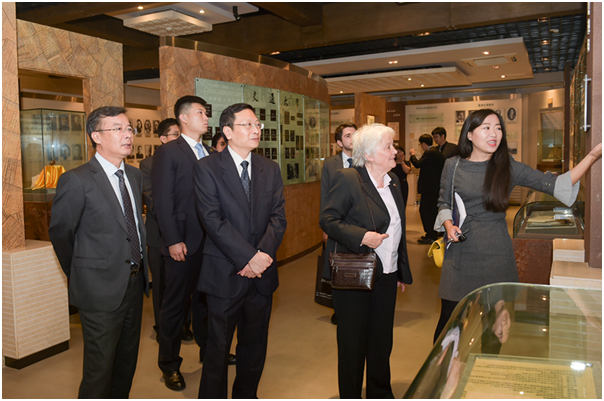 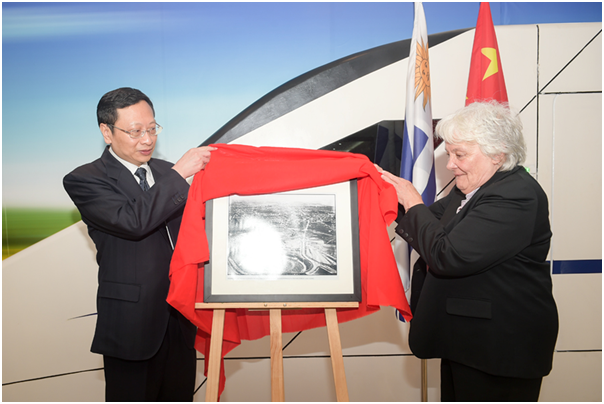 The guests also visited the Research Center of Uruguay and university museum of BJTU, listened to the introduction of the Center and donated artistic works and books about Uruguayan architectural heritage to the Center. 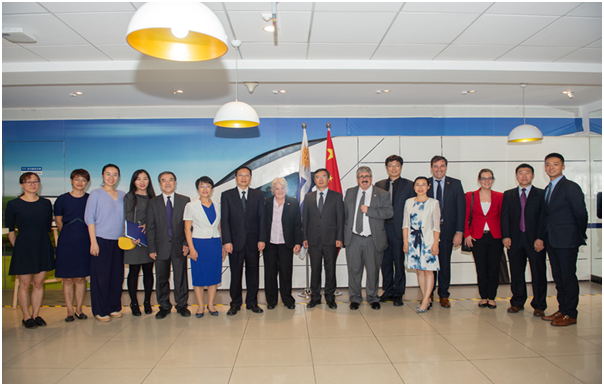 Vice President GUAN Zhongliang and principals from the School of Foreign Languages and Communication Studies, School of Architecture and Design, Office of International Affairs and Office of Humanities and Social Sciences were also present at the meeting.