Recently, the Ministry of Education announced approval for the establishment of seven International Cooperative Joint Laboratories, including Wuhan University's modern geodesy and geodynamics laboratory, as part of the construction of "double-first-class" universities. 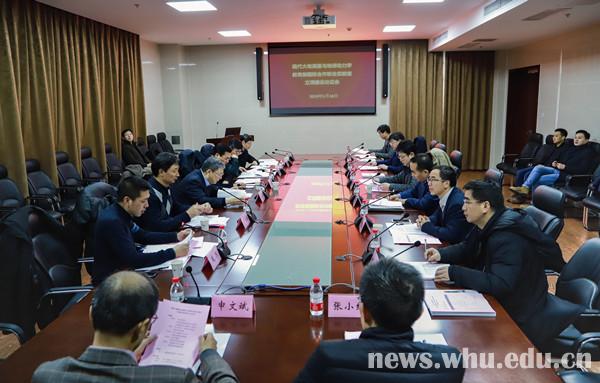 The laboratory brings together the strenghth of Wuhan University and the University of Stuttgart in geodesy and combines the scientific research capability of the Geophysical Laboratory of the University of Luxembourg to achieve the integration and sharing of resources. In the next three years, joint efforts will be made to carry out major international scientific research with valuable original innovation results in the field of geodesy and geodynamics. Further promotion is required for the international development of geodetics in Wuhan University and also for its leading role in the geodetics and geodynamics disciplines in China. Another urgent task is the internationalization of geodetic discipline construction and personnel training, and to build an internationally competitive talent team, so as to provide important supports and guarantees for the national economic construction and globalization strategy. Meanwhile, this project is expected to inject new vitality into the "Double-First-Class" construction in Wuhan University.

Allegedly, joint laboratories of international cooperation are an important strategic goal launched by the Ministry of Education. It is also an international version of the ‘2011 Plan’ and an aspect of world-class discipline construction. Moreover, it is a strategic action to enhance the quality of higher education and the construction of world-first-class university and first-class disciplines, whose importance is self-evident.

The joint laboratory has five main goals. The first is to support the formation of first-class disciplines, leading interdisciplinary-development. The second is to undertake international scientific research tasks and continuously output original innovation achievements. The third is to cultivate scientists with outstanding, innovative abilities and an international perspective. The fourth is to fully utilize international personnel training methods to further enhance the ability of personnel training to achieve world-class standards. The fifth is to reach world-class standards in laboratory management.