Wuhan University has co-founded four Confucius Institutes (CIs) with Université Paris Diderot in France, the University of Pittsburgh in the USA, the University of Duisburg-Essen in Germany, and the University of Aberdeen in Great Britain respectively. Every year, hundreds of teachers and students from WHU go abroad to work in these institutes. To provide a better picture of how they are doing, we interviewed three WHU students who have volunteered to teach at CIs.

Wang Lu, a graduate student who majors in teaching Chinese as a foreign language, had always been longing to work for CIs. When only just an undergraduate, she heard some senior students share their work experiences abroad. Embracing the desire to spread Chinese culture worldwide, she joined other candidates for ready to be dispatched as teachers by the CI Headquarters. From the second half of 2017 to the first half of 2018, after the first year of graduate study, she was officially admitted as a volunteer teacher at the CI at the University of Pittsburgh.

Looking back on this precious experience, Wang Lu mentioned a memorable incident. One day, she received an email from a stranger claiming to be an online friend of one of her students. He told her that his friend had suicidal thoughts and urged her to observe the student’s behavior closely. Wang Lu immediately reported the situation to the college manager. The next day, the headquarter specially praised and thanked her for her quick response, which effectively rescued a young life from the edge of death. After going through this, Wang Lu regarded sensitivity as one of the most important qualities of teachers.

As for students who wish to teach at CIs, Wang Lu suggests, “Primarily, you have to make sure you are fully prepared to undertake the pressure of full-time work abroad. Besides giving classes, you will deal with other affairs like class management and lesson planning, which requires teachers to work under great pressure.” 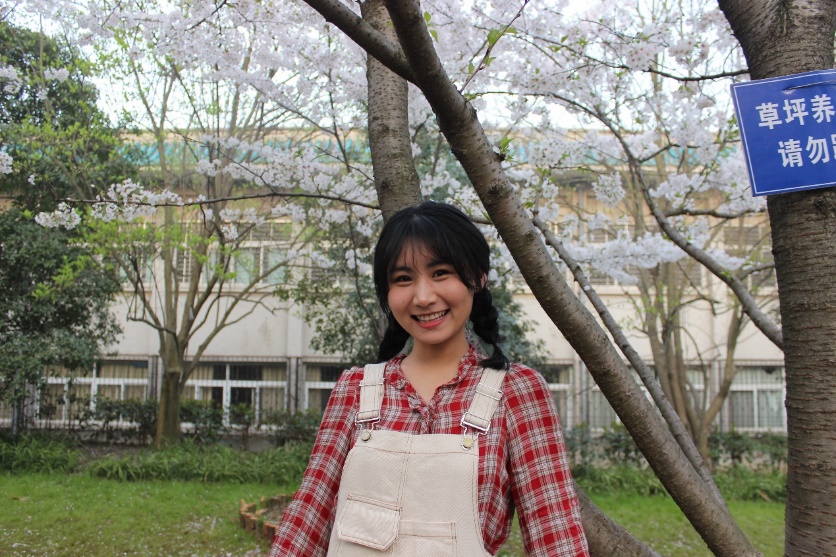 Luo Xiao, a graduate student of international law, chose to work for CIs to enrich his experience abroad. By teaching foreigners Chinese and disseminating Chinese culture, he gets a sense of achievement. From the second half of 2017 to the first half of 2018, Luo Xiao worked for the CI at the University of Aberdeen. He taught Chinese in a primary school for pupils from all grades. From Mondays to Thursdays, he had lessons, and on Fridays, he helped the CI hold activities. Then, in the second half of 2018, Luo Xiao continued teaching Chinese as foreign language. Until now, he works for the CI in Sofia, Bulgaria where he teaches Chinese to adults. On weekdays, he teaches VIP students one to one; while on weekends, he teaches interest-oriented classes to adults who desire to learn Chinese.

When it comes to the most impressive thing during his teaching abroad, Luo Xiao mentions that during his time in Aberdeen, he once organized his students to rehearse a drama about Zheng He’s voyage to the West. He told the stories about the magnificent feat around 600 years ago to his students. The story reminded him of the Belt and Road Initiative, making him recognize the intersection of ancient and modern civilization. The last scene of the drama was a person from the fleet shouting, “We are home!”, with tiredness soon swept away because people set foot on their homeland again. Looking at this, as a person far away from home, he was very touched.

Besides the daily work, Luo Xiao also attempts to facilitate the improvement of CIs. He compares the CI with other language education organizations like the British Council, Alliance Française and the Goethe-Institut with the aim to study the operation and assessment mechanism. He hopes that the CI will provide  continuously high-quality learning environments. 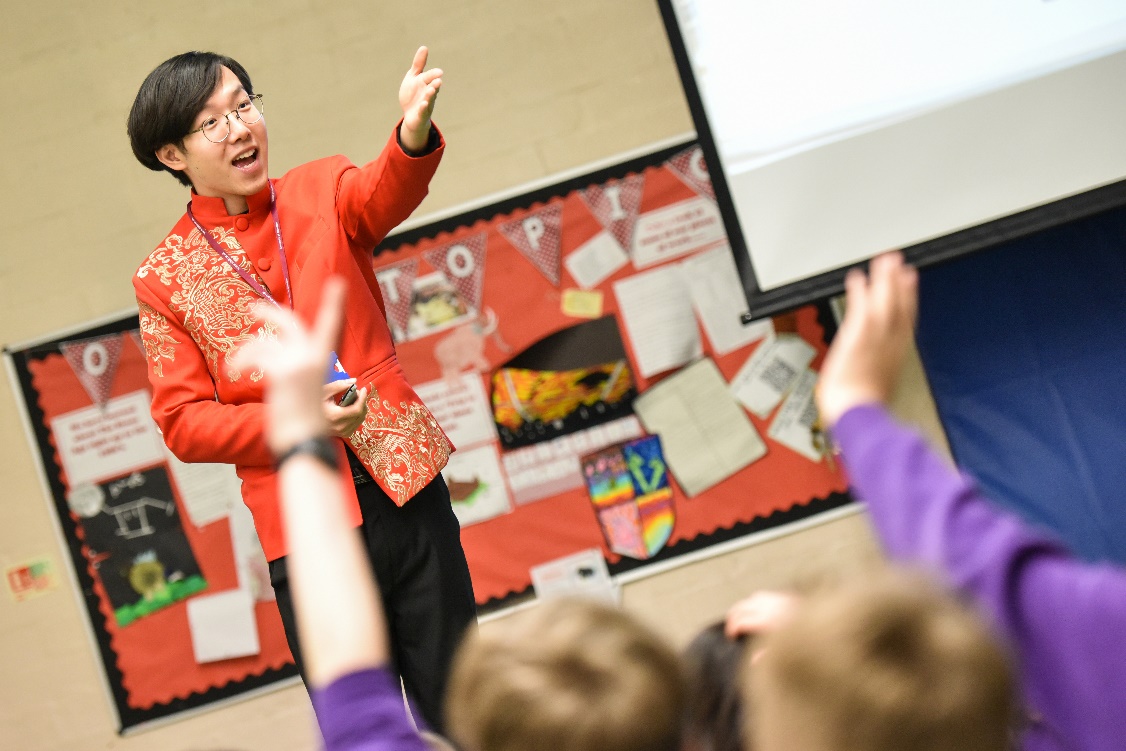 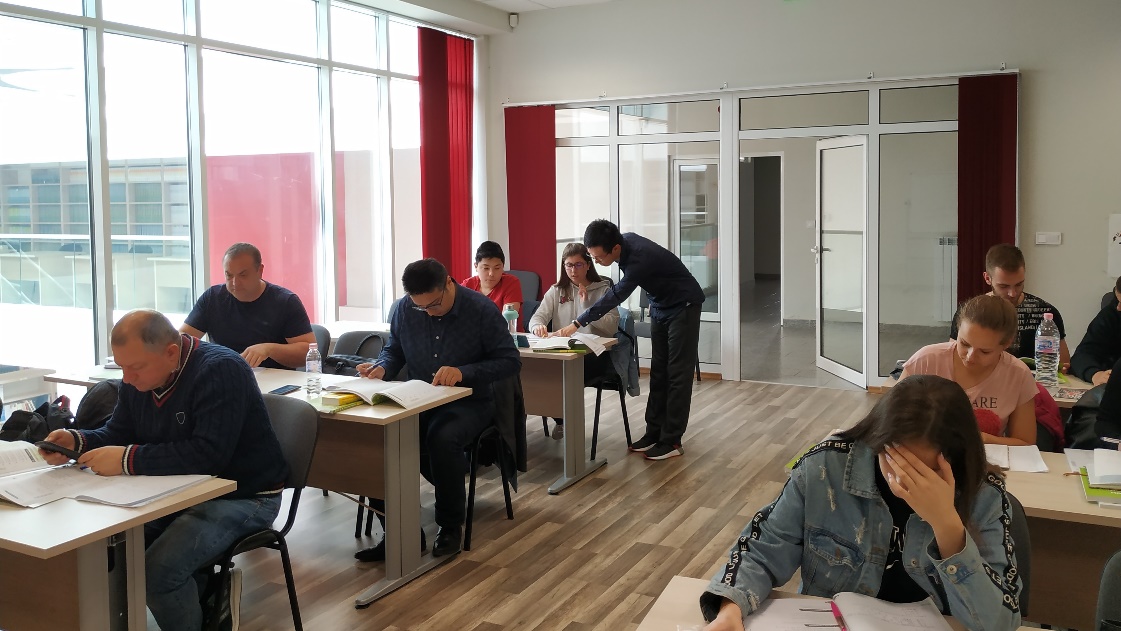 Wang Hongen, a graduate student of business administration who was influenced by his roommates who had volunteered at the CI in the USA, decided to take a year off and teach Chinese in Thailand in his third year of graduate life. Due to Princess Sirindhorn’s contribution to the cultural exchange between China and Thailand, many more Thais are interested in learning Chinese today. Wang Hongen was the only teacher in charge of Chinese lessons in a middle school specialized in music education. He taught students from all grades and felt people’s respect for teachers there. He was surprised that teaching resources were abundant and most parents cared more about education quality than their kids’ school records. Also, the management system of CIs impresses him a lot. Every CI connects with headquarters horizontally by region and vertically by type. So if volunteer teachers have problems, they can get in touch with headquarters quickly.

Wang Hongen thinks that the experience of working for CIs has changed many young people’s life. For example, lots of them get better job opportunities. He cherishes such valuable opportunity given to him by Wuhan University, because if he studied in other universities, he would probably not be allowed to teach Chinese abroad owing to his irrelevant major. He suggests people do interesting things bravely when they are young, or they may feel regretful when they grow old. 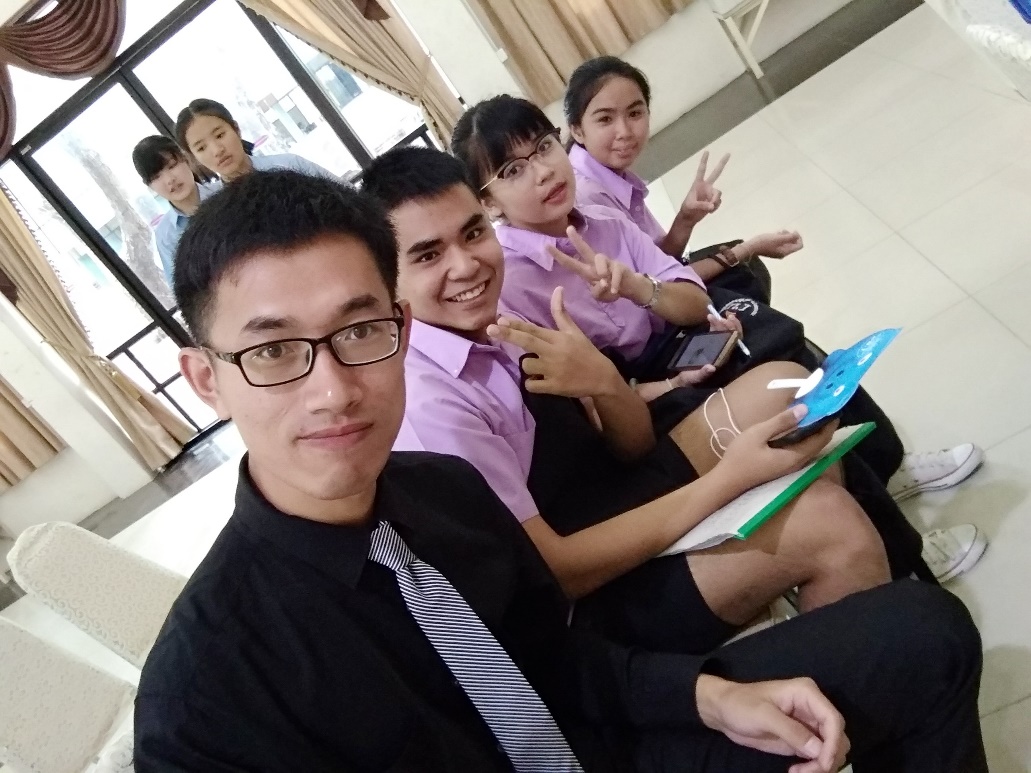 Wang Hongen with his students 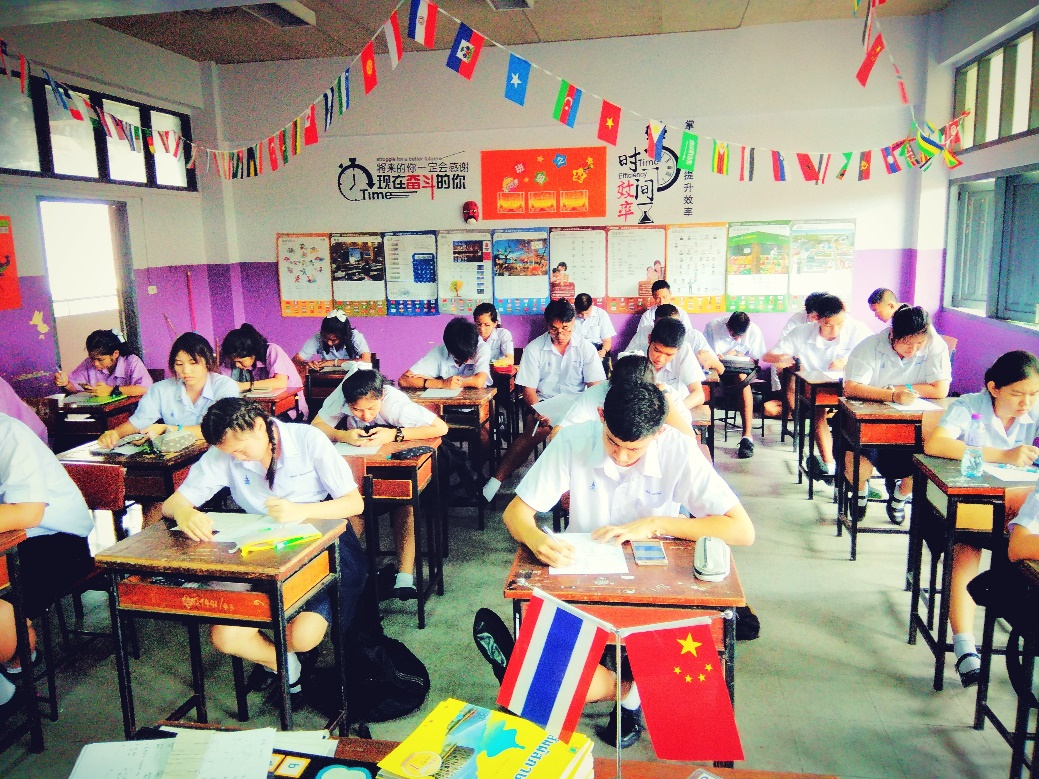