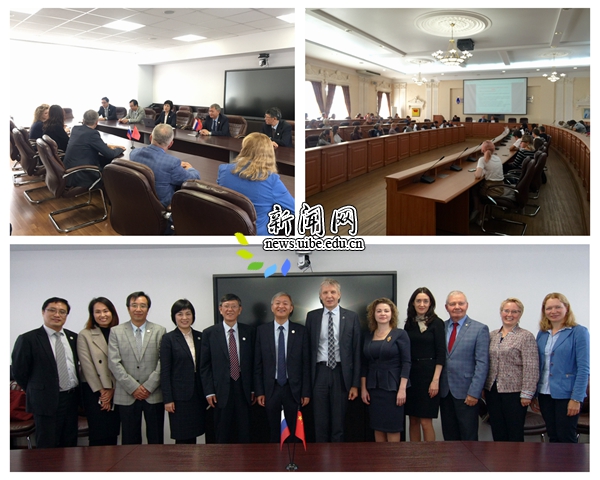 These visits further promoted development of cooperative education projects between UIBE and other foreign universities, strengthened scientific research links with Central Asian countries on the issues related to the "Belt and Road" Initiative, and greatly enhanced UIBE’s influence in universities in Russia and Central Asia. Han Weichun, dean of the International School, Qiu Hongwei, director of the Development Planning Department, Wu Jun, vice director of the Scientific Research Department and Huo Yuan, vice director of the International Relations Office were also part of the delegation.

Wang with his delegation then participated in the International Baikal Forum 2018 at Baikal State University. He delivered a speech entitled "Interconnectivity of transportation infrastructures: jointly creating prosperity for Europe and Asia."

From Sept. 26 to 27, the delegation attended the 6thannual meeting of the Association of Sino-Russian Economic Universities bringing together over 50 representatives from 16 member universities. Wang made a speech on behalf of the Chinese secretariat of the association, saying the annual meeting created a new model of education cooperation between the two countries. During the meeting, UIBE was given the Award for Outstanding Contributions.

The delegation visited the KIMEP University in Kazakhstan on Sept. 29. The two sides reached consensus on several issues such as joint talent-cultivation projects after the signing of an MOU, student exchanges, joint research, and jointly organizing international conferences based on their respective advantages. 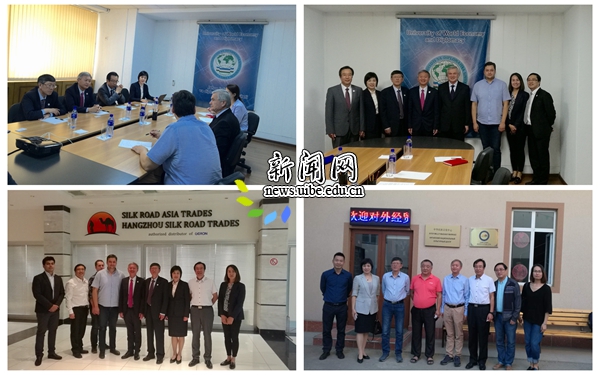 On Oct. 2, the delegation visited the University of World Economy and Diplomacy, the first higher educational institution in Uzbekistan. They met Saidkasimov Saidmukhtar, vice president of the university and former Foreign Minister of Uzbekistan. The University of World Economy and Diplomacy wants to set up a joint research center with UIBE to carry out research on economy, society, politics and ecology in the development of the "Belt and Road" Initiative and to cultivate students with double degrees majoring in the innovative and digital economy, as well as simultaneous interpretation for Chinese, Russian and Uzbek.